Recently I have watched the film Pacific Rim, directed by Guillermo Del Toro. I wanted to review this film.

t's a film about monsters called Kaiju and the war against them to save the human race. The people tasked with that challenge are part of an organisation called the PPDC which has been abandoned  by the governments due to their lack of hope in the people part of it. This film is a monster-sci/fi-action film.

Pacific rim managed to win five awards (especially for its visual effects), and was nominated a further 14 times. One of the nominations was a BAFTA, and it's truly a masterpiece visually.

In my opinion, the style of the film is somewhat similar to transformers, but also godzilla. However it only has hints of these similarities. On the surface it looks like a typical monster-action film, but really it's so much more.

This film really captured my attention with some of the sideline plots. The characters Newt and Hermann were honestly one of my favourite parts of the film. Whilst being sideline characters, they really drove the plot in ways that the “main characters” would not have been able to. They connected with me personally as I myself usually find myself to be on the sidelines, but still helping a great deal.

The visual effects of this film are honestly stunning. The amount of detail that has been put in is astronomical and I have to say that the situations it is used in could have been real. They are that good. It also doesn't take away from the plot, in fact it adds to it. My favourite scene would have to include one of the drift sequences of the two main characters, as that really hits home and makes you feel so much emotion without being too obvious and forceful.

One of the main reasons that this film captured my interest is that the main protagonists consisted of a woman and a man, and yet whilst there was still a love plot between them, not once was the female put down to a lower level. The fact that this film was not sexist really encouraged me to like it even more. Another reason why this film was so good in my opinion, was that it included disabilities, but did not make it so that it was a weakness. If anything, it encouraged those watching with similar conditions to feel strong and good about themselves.

The diversity of the cast is nice to see, and not once was it mentioned - unlike some films it is made to be noticeable as if the directors, or writers are pressuring you to acknowledge it which in my opinion takes away the reason why diversity is important.

In my opinion, the only thing that I would change is the length of some characters' screen time. Despite this film being long already, I would have wanted it to be even longer to accommodate some of the characters backstory more.

Overall I really enjoyed this film and would give it 5 stars. The mixture of monsters, robots and well rounded character arcs and plots really sparked my interest and I would definitely watch again and again and again.

In my opinion any age range would like this film as it tailors to so many different people, and even if it doesn't, you would be surprised at the wide range of reasons to personally connect to this film like I did.

Some of the audience reactions that I had found are very mixed. A lot of the lower rating reviewers stated that they went into the film with an expectation similar to another, and it was incorrect. However others share my opinions in the enjoyment of the characters and plot. Overall the rating on letterboxd is a 3.3 star, which is good seeing as much of the lower scorers still said that they enjoyed the film. 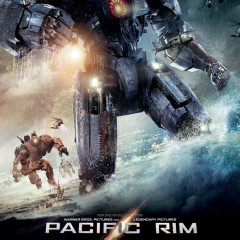 Recently I have watched the film Pacific Rim, directed by Guillermo Del Toro. I wanted to review this film.