DEM TIMES is a fictional comedy-drama podcast, about a young British-Ghanian boy named Samuel Adjei. The piece was produced for New Creatives.

Created and written by Jacob Roberts-Mensah and Rhys Reed-Johnson, and directed by Poppy Clifford, DEM TIMES follows teenager Samuel Adjei, as he struggles to fit in after getting sent to Ghanaian boarding school. The show has been adapted into many different forms: there's a live version of the show, recorded at the London Podcast Festival 2019, a New Creatives version of the podcast which I’ll be reviewing today and the currently releasing DEM TIMES podcast series from the Omnibus Theatre.

First and foremost, I was excited to listen to the piece because of the concept of a second-generation immigrant getting sent ‘home’ by their parents. It’s obviously variable from person-to-person, but often the children of immigrants do feel disconnected from their home country. As a second-generation immigrant myself, I found it interesting to imagine the situation of being made to go to my own ‘home’ country and what that would be like. Samuel’s relationship and conversation felt familiar and relatable and in general, I really liked the writing of the piece.

The humour that was threaded through the piece was entertaining and I loved the various colourful characters. It was interesting to take a look inside the lives of young people across the whole world, as we don’t often get to see what a classroom environment is like in a different country. There was definitely a whole different dynamic in this Ghanian school to British schools and also a different relationship between students and teachers, which was described by Samuel.

The idea of Samuel’s fish-out-of water story is a amazing and innovative way of drawing a British audience into educating themselves about a different country and that country’s culture. British audiences can relate to Samuel as he learns about Ghana and his new environment. For example, during a English lesson in the piece, the student and teacher converse about an epic poem called the ‘Song of Lawino’ and this developed the narrative as well as being educational for the audience and Samuel. In this section, there’s also a slight commentary African identity and the lack of education about African literature and culture in Britain.

I also really loved how this piece sounded. The catchy theme track really set a upbeat mood for the entire episode and I enjoyed the clever use of the audio form, during the flashback section, on the plane and when Samuel arrived in Ghana. DEM TIMES definitely has the seeds of a really amazing podcast and after starting to listen to the full version, I really do think it's a great concept. This podcast is telling an engaging and exciting story made for young people of immigrant background and I would recommend checking it out! 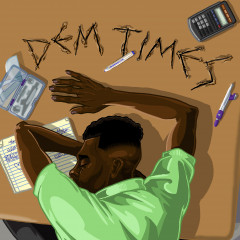 DEM TIMES is a fictional comedy-drama podcast, about a young British-Ghanian boy named Samuel Adjei. The piece was produced for New Creatives.