Voice MagReviewsNotes On Being A Lad…

Notes On Being A Lady, a short film from the BBC New Creatives programme, gracefully interprets the struggle of being Black and female through interpretative dance and poetry.

Watch Notes on Being A Lady here.

‘Notes On Being A Lady’ is a short film as part of the BBC New Creatives project, based on a poem of the same name. Both the poem and short film explore the tiresome demands of being a woman, and what society expects of us.

Using choreography and the powerful words of the poem in a voiceover, Notes On Being A Lady, portrays, in a simplistic yet effective way, the battle between who we want to be and who we believe we have to be because of outdated societal ideals and demands.

Directed by Zodwa Nyoni, starring Catrina Nisbett, Notes On Being A Lady confronts the mixed messages, and internal struggle women endure. It’s about navigating the struggle, the objectification and perceptions of women that we all face, however with particular emphasis on Black women, as their struggle goes beyond the demands of their gender, as their race is a factor as well.

The oppression that comes with being a Black woman has an underrepresented stake in the conversation. Films like this are democratising the movement, and are pushing for change as they raise awareness to the mental toll it takes on us.

Visually, the short film is enticing and artistic. The film is reminiscent of the ongoing internal battle Black women endure, and the tiresome mental preparation that goes on inside our minds to simply brave another day. It gracefully illustrates the strength and endurance of women, whilst challenging the reason why women must be so strong in the first place.

Society still has a long way to go in helping women fight to deconstruct the current societal ideals that do not support our right to be who we want to be. Notes On Being A Lady challenges the perception that women are here to play by the rules of a society that does not have their best interest at heart. The short film drives home the importance of challenging society and politics through art to deliver an important message that adds to the ongoing conversation. 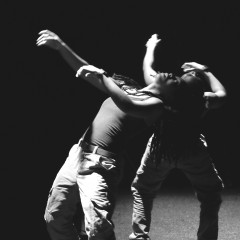 Notes On Being A Lady

Notes On Being A Lady, a short film from the BBC New Creatives programme, gracefully interprets the struggle of being Black and female through interpretative dance and poetry.