This fresh new act has been championed throughout the BBC as one to watch with over 100k plays on his latest single ‘Higher’. Inspired by the alternative sounds of the 80’s, Jack brings a crisp new commercial edge with a moody downbeat.

“The song is about not going back to something or someone that is bad for you. But, no matter what you do, you know you’ll give in and go back. It’s about empowerment and vulnerability and inevitability. This sound had a bitter-sweet, lofi melody which described exactly how I was feeling at the time...” - Jack Reardon

Bonze is also getting recognised in the dance scene with the single ‘Higher’ remixed by household name, Draper. As an established songwriter, Jack was commissioned in 2019 to write for Men’s Fashion Week runway show at London College of Fashion.

The latest single ‘Don’t Wanna Go Back’ is released on September 11th on Young & Miserable Records. 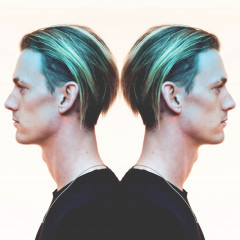