This is a short review of Disney's live action Cinderella starring Lily James and directed by Kenneth Branagh. This review is by Arthur Owen age 11 who is doing his Bronze Award.

Cinderella (2015, directed by Kenneth Branagh) is a live action remake of the 1950 animated film starring Lily James as Cinderella and Richard Madden as Prince Charming. I chose to watch Cinderella not really knowing whether it would be entertaining or not. I knew that the actors would be talented because many  of them had been in either big  films and I had acted with one of them. I thought that the props would be impressive, but storywise I didn’t know if I would like it.

At the start of the film I thought that the acting was very good because they made you feel sorry for Cinderella and the way she was treated. I thought that it was amazing that the producers managed to make the film emotional as well as funny and romantic. I was also really interested in  how they made it as if the CGI animals were really there with the actors. When the Fairy Godmother (played by Helena Bonham Carter) was introduced to the film I felt the film became even more entertaining. The Fairy Godmother was really funny, as well as the creatures she created, such as the lizard footmen. By the end of the film I thought the movie was definitely one of my favourite Disney films. I would say people of all ages would love this film but it is probably best for ages 4+. 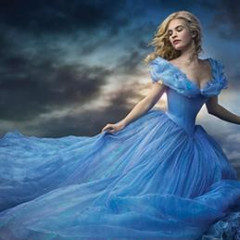 This is a short review of Disney's live action Cinderella starring Lily James and directed by Kenneth Branagh. This review is by Arthur Owen age 11 who is doing his Bronze Award.