Tuesday 22nd September. Nearly one month since being in a theatre.

I was slightly apprehensive about seeing this show. The film is something I've never had the desire to watch, but wanting to get to know my drama school friends better, I went.

Travelling on the tube was a slightly terrifying prospect for me but it wasn't busy. Yay!

Upon arrival at the theatre, I had my temperature checked and I had to fill out the track and trace form on my phone by scanning the QR code, which of course is normal now. Walking into the theatre it seemed very like normal other than the fact that there were arrows across the floor marking out their one-way system. Although you had to disobey this to get to the toilets, it was pretty easy to navigate myself around theatre. The bar was open, (at this point government guidance had not changed) and people ordering at the bar a reduced but very full menu. Tickets were a code in a phone which was becoming pretty normal anyway in theatres, and the only real difference I personally found was wearing a face mask and there being a reduced capacity. I wanted to sit down pretty early on to avoid the latecomer crowd, (of course this was still going to be a thing), and I was very intrigued to see that distancing was well kept yet a lot of capacity was still there. I don't have the figure of how much capacity the theatre did have but I'd say there was about half it seemed very full but not in a way that made me feel unsafe. There was no one directly next to us in front of us or behind us, (we were on the end of a row anyway.) Unlike Jesus Christ superstar were a lot of people together masks because we are outside (I think), everyone pretty much kept theirs on apart from a group of four women who are luckily sat around front of me so their droplets wouldn't be in my direction.

The actual performance was a mixed bag. Jay McGuinness and Kimberley Walsh as the two leads Sam and Annie eventually found each other through some appearing on a radio show following the death of his wife, were average. Kimberley Walsh has a fantastic range of her voice and I'm glad that particular second half got to use this, however, her acting felt very clunky and her accent a bit of a caricature. However the script did not do her any favours. A scene from the film about the use of the computer in an office workplace instead of a typewriter was too dragged out, it made the pace slowdown which is already slow anyway but she did her job well. J McGuinness was a little disappointing. His voice suited the character in that it's a very sweet tone weaker than a lot of male musical theatre voices and it meant we got to see Sam's caring side of his voice however, his accent was not consistent, his acting was at points wooden and to me it felt like stunt casting; particularly as Kimberley Walsh and Jay McGuinness were in 'Big' together and therefore were an easy choice of casting. Chemistry wise, they already knew each other well and this makes them a step ahead of the casting and rehearsal process. . The ensemble with the true star of the show, the female trio was on the best numbers. I wish I could tell you the characters they had absolutely no back story whatsoever apart from the fact they fell in love with Sam's voice on the radio. That was literally all they did.

The set was extremely clever: it was a revolving two tier house with two extra bits are staging either side to be small rooms such as a hotel room or an office or for some other purpose (for example the character of Becky used as a fitness area). The use of project projection mapping was very clever as it brought the setting to life actually gave you context what was going on because it was not entirely clear. Lighting was also used well but there was nothing spectacular due to the nature of the show and costume was average, it fit with the time. However it was very confusing at the end of 1920s ball gown dresses report out which I assume was to fit with the fact that the music score was of the jazz genre and big-band genre.

The actual plot was very confusing in parts however the storyline was very sweet and overall acted well. Jonah play by a young boy, despite his age was very good. However I can quite understand all of his words as his diction I'm sure it's something that he is developing as he gets older however it was quite interesting to see that J McGuinness also at points was unintelligible. This show was reminiscent of 'Falsettos' is the scenes between Rob and Jonah being a young boy and someone who is not his father but a father figure guiding him. And other numbers were reminiscent of shows such as Chaplin, 9-to-5, company and Chicago. Some of these nods were very sweet and deliberate, with others I believe were not so much.

The script I'd say was the weakest part of this show, my reasoning being that it was too long not pace enough in places and did not help advance the plot. There were some great moments, some from the film, which did translate well such as scenes with Victoria or upper top of the Empire State building at the very end of the show. The show could have been a wonderful opportunity to cast two older graduates from the class of 2020 - BA or MA, or two unknown actors. The theatre has the marketing and the demand and hunger is there; tickets would be easy to sell anyway. It felt like the two leads let the rest down. There was also a distinct lack of dancing until the curtain call, which no one thought was a curtain call until they bowed. it was quite awkward.

What I'm writing may seem overly negative but actually, this was an enjoyable show with some great moments, songs and characters. While I can't sing the score at you now, moments were catchy.

Overall the show was sweet, uplifting and fantastic choice of musical to put into a venue to rejuvenate is the theatre industry. It is great to see a big theatre supporting new work, and with it being a world premiere I'm sure sleepless in Seattle has a lot of places to go creatively – while it wasn't perfect, I thoroughly enjoyed being in an indoor theatre once again. 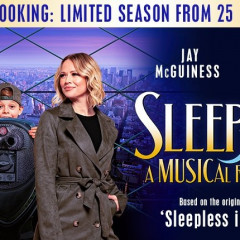 Theatre in Lockdown: Sleepless in Seattle! 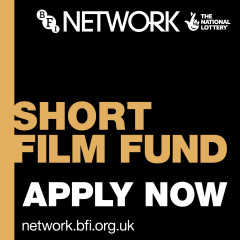