For my arts award I have written a review based on the marvel movie Spiderman far from home.

The film follows protagonist Peter Parker as he embarks on a school trip around Europe, where he is faced with an ‘Avengers level’ threat. The movie shows Peter’s struggles as he tries to juggle teenage romance alongside the power and responsibility to save the world. Throughout the film it is highlighted that Peter is struggling with the responsibility of being an Avenger since his mentor Tony Stark, who was often a source of guidance for Peter, passed away.

I think this is a great movie because it is suitable for all ages and if you do not have the widest knowledge on other marvel movies it doesn’t matter because this movie is similar to a stand alone film. 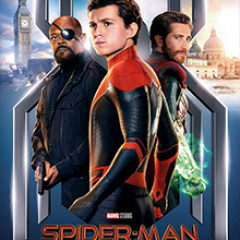 For my arts award I have written a review based on the marvel movie Spiderman far from home.