Singer-songwriter James Billett has teamed up with Black Minds Matter UK for his new single ‘What Will They Say About Us’ following his previous release ‘Faith Over Family’ which dealt with the subject of revealing your homosexuality to a loved one and the issues that come with that.

This time though it is issues of surrounding both race and gender that Billett approaches with the support of the organisation Black Minds Matter UK which was formed just days following the death of George Floyd in the US with the sole purpose to respond to issues surrounding the deterioration of mental health within the black community.

The piano and acoustic guitar intro is pleasant as Billett’s storyteller vocal sets the stage with philosophical lyrics such as “All I see, is history repeated and progress deleted”.  I’m reminded of early Tom Odell with the textured vocal and heartfelt delivery.

James Billett has managed to have an empathetic understanding for people who have suffered injustices in a hurt society and has consciously made the decision to take a back seat and allow the subject matter to be at the forefront of the song.

In conclusion, although ‘What Will They Say About Us’ was written before George Floyd’s death its lyrics and core message have not aged nor weakened in meaning. A powerful social-political protest song for 2020. 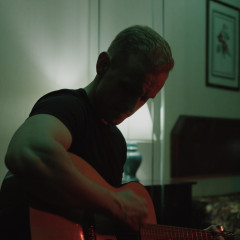