A review for Bronze Art Award Goes To Disney Land

The movie that I watched was called Cinderella.

I chose this film because I have watched this film before and I enjoyed it so I thought it would be a good film to talk and learn about for the arts award.

I enjoyed this film because it was very magical and just enjoyable all around. The acting and expressions were brilliant. I loved the way the vivid colours were used in the scenery and the costumes. 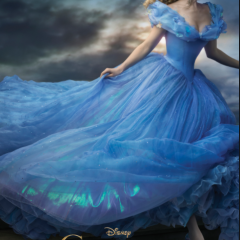 A review for Bronze Art Award Goes To Disney Land