This is a review of one of my favourite Disney films, Up. I did this for my Bronze arts award and would appreciate some feedback!

I enjoyed the film Up a lot because of how complex and overwhelming the visuals were. Each scene

had a completely new atmosphere to it. This made the film feel fresh and new, even after all of these

years. Something else I thoroughly enjoyed was the storyline. The idea of making your house fly via

exceptional. The motivations for each character, villains included, are clear and realistic. The bonds

between characters are extremely entertaining to watch and the humour is simple but charming.

Overall, I feel that Up is a spectacular easy to watch film that became an instant classic. 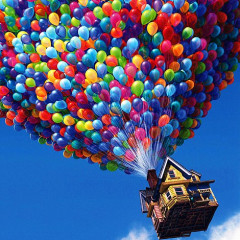 Review of Disney's "Up" movie

This is a review of one of my favourite Disney films, Up. I did this for my Bronze arts award and would appreciate some feedback!