An honest depiction of self-isolation that could have gone further

Drowntown Lockdown, created by Rhiannon Faith and directed by Adam Sheldon, is the kind of lockdown inspired theatre that was guaranteed to emerge out of a Covid-19 society. It explores the lives of six people with different stories, living in isolation during the pandemic. Born from Faith's original play Drowntown, that was set to tour before the pandemic started, Faith has handpicked several characters for this visual adventure, that sensitively covers hard topics like suicide, loneliness, and isolation, that sadly, many people can now find relatable. It does this by effectively using interpretative dance, voiceover and some unexpectedly stunning visuals.

With theatres slowly reopening but no set date as to when performers can perform for people as opposed to plants, it's no surprise that Faith and Sheldon took the opportunity to make something uniquely different.

Drowntown Lockdown certainly explores some of the more troubling narratives born out of having to self-isolate; the feeling of loneliness or not knowing what to do now your job has ceased to exist in a Covid-19 world. There's also the flip-side, where the line between work and home has been inexplicably crossed, leaving many of us drowning with not even the sweet relief of menial chit chat between co-workers to sustain us – or at the very least distract us.

Given the fact that each story was shot solo, the film did a great job of taking a stagnant situation and making it look anything but stagnant on camera. The different angles, the stunning visuals of the sea, certainly delivered more than I was expecting given the apparent constraints that you don't get with traditional theatre.

You could see with little prompting what theme each dancer represented, and that's a credit to the dancers. Each performance was moving in its way and stirred up feelings of empathy in the viewer. Particularly the portrayal of the older gentlemen, who was suffering from such crippling loneliness, he poured his heart out to the hold music of a ceiling repair company, only to be greeted by an automated message expressing how important his call was to them.

Another honest and convincing depiction was the character of the female dancer working from home, drowning in post-it notes, and feeling as if there is no escape from the state of the world. That was the cry heard all over lockdown, especially for young adults who see social media as a rite of passage. Many, myself included, were entangled in a constant mental wrestling match between wanting to stay informed and wanting to stay sane. Whether this depiction was the character's intention or not, it worked.

Although there were a few slightly more unheard-of portrayals of isolation and loneliness, it's here, during the film's main point, where I find the film played it safe and could have taken it further. Drowntown Lockdown is set in a low socio-economic coastal town, which makes it clear the film has set out to represent the voices of the underdog. However, lockdown produced many narratives that we weren't expecting to hear the cries of. Those suffering from domestic violence; the overcrowded and underfunded family; the black people who were living a pandemic as well as mass international protests, and immigrants whose hard work is not enough to seal their fate in this country. These were the stories whose presence would have taken the film from good to great, and would have given the film wider relatability, as it would have been a true reflection of hardship for all.

It's not just a representation of ethnicity that was missing. During Coivd-19, the most happening spot in the country was the Universal Credit application phone line. People of all walks of life had to rely on benefits to provide for their families. Some waited on the phone for 16 hours because it was that uncertain where their next meal was coming from. That kind of stress creates a direct link to the themes present and a somewhat missed opportunity for the narrative.

Despite some middle of the road critique, I have to commend the ensemble for really encapsulating that metaphorical hump day that occurred after the first month of lockdown that had the whole of the UK in a state of limbo, uncertainty, and panic. I do however believe that some issues people suffered from during lockdown were overlooked and it's them that could have elevated Drowntown Lockdown to present a more accurate interpretation of society’s current state of affairs.

Drowntown Lockdown can be viewed here: 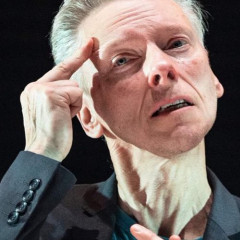 An honest depiction of self-isolation that could have gone further 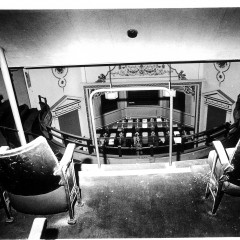 Sleeping Beauties: British theatres have been left to rot