Voice MagReviewsA group review of a…

Here we look at a poem about smuggling in Rottingdean - a village to the west of Brighton. We've also looked briefly at some of the mostly forgotten history behind smuggling in the UK.

At a time when British people could only trade in goods approved by King George, when items of daily use like salt was 40x its actual cost and being taxed at 110% and with the dwindling availability of honest jobs, many people turned to smuggling in order to survive.

In a group review, we looked at ‘Smugglers poem’ – an anonymously written poem about Smuggling in Rottingdean, Sussex, dating back to the mid- seventeenth century.

“Rottingdean remembers, Rottingdean remembers well” tells us that this is a poem for the village and of the impact smuggling had. It can be very nostalgic for those who know Rottingdean well; Whipping Post Lane, The Pointing Finger and The Witches Pond- they are all still there, even some of the pubs!

This paragraph particularly resonated with us:

“Marching down the high street, drumming on the green

Surrounded by gun smoke, hidden by the flames

They are coming back to haunt us,

Nightmares from a dream”

Although smuggling is celebrated in Rottingdean, the author of this poem is clear to assert that smuggling was a frightening and dangerous enterprise. ‘Gunsmoke’ and ‘haunt’ remind us of a darker side of smuggling – one in which you may end up facing your death. The last line I think alludes to how smuggling can be romanticised, when in fact this is not an old, lost dream, but a nightmare.

It is worth reminding ourselves that smuggling in Rottingdean was actually a lifeline, given the climate at the time. The imperialist ambitions of Great Briton meant wars were a near constant expense for the crown, and taxation on essential goods such as salt reached astonishing levels. It was not until a free trade policy was introduced in the 1840’s that smuggling ceased at a large scale.

We thought the poem was well constructed and nicely written, but sadly the author is not named! Furthermore in depth, spanning over at least 68 years of known history.

We’ve included the link to the poem, a map of Rottingdean where you can see the featured landmarks and also a page on the history of Smuggling in Rottingdean! 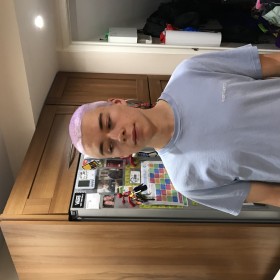 Student of psychology also enthusiastic about music, art and culture (as well as their respective histories).
If you have similar interests or like a post of mine feel free to comment / get in touch :)

View more posts by Will Hughes 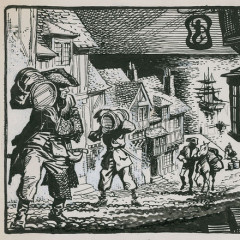 A group review of a Smuggler's Poem

Here we look at a poem about smuggling in Rottingdean - a village to the west of Brighton. We've also looked briefly at some of the mostly forgotten history behind smuggling in the UK.