Reflecting the bizarre and surreal state of the planet in the year of our lord 2020 is Delena’s ‘SOS’, a song which is so universal in its themes and message that it has just broken into the top five on the Music Week commercial pop/club chart!

It’s a sign that this is truly a song of the times and that Delena is an artist with her finger on the pulse of the common consciousness. It’s also a sign that our world is truly at a turning point and in a state of unrest… But let’s not think too closely about that one.

Inspired by Dua Lipa’s ‘New Rules’, this track shows “we all have an emergency button” (Delena herself speaking about the songwriting process). “Mine was pushed when I was recording ‘SOS’... It’s a song based on my own personal experience. Sometimes, in order to heal you have to admit your own vulnerability - in my case it was writing and recording this song. Letting everyone know it’s out there and that I’m not afraid anymore felt very empowering.”

The song itself is a driving anthem towards self-reliance in the face of a toxic relationship. Delena shows she can flip between fragility and strength with ease, and that the two are often intertwined, as this song proves time and again.

“My hope is that I can release a better energy,” Delena says. “I have such a big desire to be successful, but not just for the sake of being successful. It’s because I want to prove to other people that it’s okay to come from where I’ve come from. And it’s okay, wherever you come from, and whatever your background, to dream of doing something extraordinary. I want to say, ‘Guys, it’s okay, I made it. Just have faith.’”

You can stream ‘SOS’ on all platforms now! 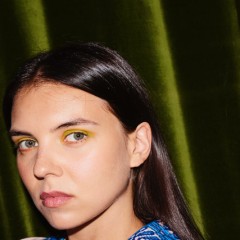