I recently watched Disney’s original animated film of Alice in Wonderland and I wanted to share what I thought about it.

I watched Disney’s original Alice in Wonderland. I really loved the way that they used music and colours to create mood for the scenes. For example they used sad music and dark colours when Alice was lost in the woods. For the Mad Hatters Tea Party they used bright colours and silly music which made the scene really funny!

The backgrounds were quite flat because they didn’t have the technology then to make them have more depth or texture. But one way they tried to counter that was by always having something or somebody moving. They did a good job of adding shadows to make it look more realistic.

I really enjoyed watching the film because I like the characters.

I live in Ickenham and I am 12 years old. I am home educated. I am currently doing my Bronze Arts Award in Disney and Filmmaking. 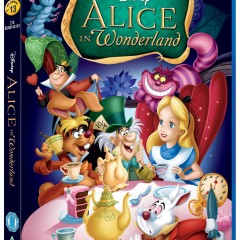 I recently watched Disney’s original animated film of Alice in Wonderland and I wanted to share what I thought about it.