The piece captures the eye visually and the mind factually as it bring to live the city we I know and love. As a project I found that its informative and give you an insight into Brighton, the creation and all else that comes with it.

This film of Brighton in 1928 showing celebrations of the unification of Brighton with its neighbouring villages which are now suburbs lends an informative perspective to the viewer. Scenes of games, dances and all round celebration are caught here which all look alien to us today, yet have a backdrop of familiarity for today's locals.

The film is part of the British Film Institute (BFI) online archive. Its a silent newsreel depicting the week long celebrations of 'greater Brighton' which saw Brighton's boundaries extended to include Ovingdean and Rottingdean parish, parts of Falmer, Patcham and west Blatchington.

The then town of Brighton took this as a perfect opportunity to show of all of its state of the art equipment to all, and that exactly what they did. One prime example would be the firefighters display where they exhibition the fine work that they could efficiently perform to save lives. You could spot the clear difference of times as they set a wooden building on fire for a demonstration, with people inside!

This film is a real sign if the times, as you look though the silent project you can see the difference in their ways and our modern day society which is an interesting view point for the piece. Their are so many differences on display alone, to image how fascinating it would be to hear the sounds of the gone days would be something like nothing else. This portal into a world I personally know so little about is extraordinary and wish I could hear just as much as I can see.

This film did exactly what it was meant to do as it caught Brighton for what it was at the time as well as all the joy of the people that was around. This is a must watch for any local as it will bring a joyful smile to your faces for a number of reasons. 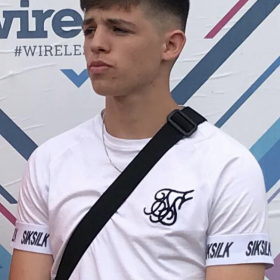 The piece captures the eye visually and the mind factually as it bring to live the city we I know and love. As a project I found that its informative and give you an insight into Brighton, the creation and all else that comes with it.