Shakespeares comedy brought to life in the way it would have been in Elizabethan times.

Much Ado About Nothing is probably the original hate turns into love story, concerning Beatrice and Benedick. It is what everything that came after it has to live up to and I really think that this production set the bar high.

The Globe set this production in Shakespeares time, using no lighting, minimal sound and making the costumes as authentically as possible. The set is bare with only some greenery hanging from the roof of the stage. If props are needed they are bought on by actors in character because there is no such thing as a blackout. The transitions between scenes were smooth and effortless, yet obvious. You know when one ends and another begins.

The storyline is clear, even if you don’t understand the language, you should be able to understand the plot through the storytelling that the actors give us. Following the bickering Beatrice and Benedick, along with the smitten Claudio and Hero, you learn of more love and hate as the production continues, giving you twists and turns then finally end up with a happy ending. Whether its the main plot or the subplot you will find you are chuckling to yourself about the goings on at the home of Leanarto.

The interaction with the audience only adds to the comedy. The cast don’t often enter through the audience but if there is a laugh it is often responded to with a dramatic pause as if to say “What did I do? Was it something I said?” Which just adds to the show.
The music incorporated into the show only adds to the atmosphere when you are watching it. Even Benedick sings for you when trying, and failing, to write a love song for Beatrice.

This production is perfect for a rainy day (it was even raining when it was recorded) and will certainly put a smile on your face. This light hearted production is currently available on several online platforms and DVD. So go and find it, I promise I’m not making “Much Ado About Nothing”! 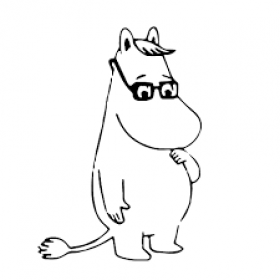 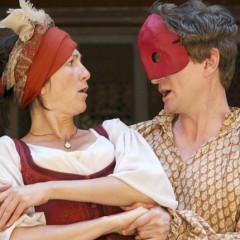 Much Ado About Nothing - A Screening From The Globe

Shakespeares comedy brought to life in the way it would have been in Elizabethan times.