As we are all cooped up in lockdown, and with the Theatres all being shut, I decided that for my Bronze Award for dance, I would review this piece of Matthew Bourne’s adaption of the infamous dance - “The Nutcracker”.

The name of the event that I experienced was Matthew Bourne’s The Nutcracker. The Nutcracker is a ballet composed by Tchaikovsky. It is a classical ballet in two acts. It is based on E.T.A. Hoffmann's 1816 fairy tale The Nutcracker and the Mouse King, and it tells the story of a little girl who goes to the Land of Sweets on Christmas Eve. It has been showcased and performed in many different countries, starting with Russia, moving to England and the USA. It is unclear how many awards it has won because there have been so many adaptations of it. Personally I really enjoyed the event. I found it very interesting that the speech that would usually appear in a play was not needed because the use of dance told the story so well. It added emotion and if it did include speech, I don’t think it would’ve told the story the same way and it would’ve given the same effect on the audience as the dancing did. The dynamics that were used helped bring out the personalities in the characters. For example, the Matron used sharp and fast dynamics to show her character being quite strict and bossy. Her actions were full and big, to represent her being in charge. I don’t think that a lot of people would enjoy this, especially if they didn’t like dance, however I think this production’s target market is one for people who love passionate storytelling. Although the storytelling would have been done in a different way than they may have imagined, I think they would still have a very good opinion of the show - personally I found it very easy to follow. I found this show beautiful to watch and it felt so easy to watch. The choreography is so intense and so complicated when you look at it carefully, but from a metaphorical distance, it looks so simply done. I have listened to lots of Tchaikovsky’s work before this, and I love listening to his music and thinking of how the titles match the songs and the movements that would accompany the sounds. As we have been in lockdown, I haven’t been able to physically share this with anyone, however I have been able to chat to other dancers who haven’t seen this production and talk to them about what it felt like watching it and I have even been able to show them snippets of the show to pinpoint exactly where and what I am talking about. I am a huge theatre fanatic and I have seen crazy amounts of shows on both the West End and Broadway - shows like Hamilton, Cats, Matilda, Les Mis, Mamma Mia, Aladdin, The Lion King, The Phantom of the Opera, Wicked just to name a few! So I think the next show I would love to see is And Juliet, our original performance that we were scheduled to see. It is a Jukebox musical, meaning the songs they use are not original but are put into context. Mamma Mia is also a jukebox musical and I really enjoyed that so I am looking forward to seeing And Juliet. 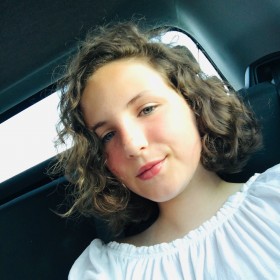 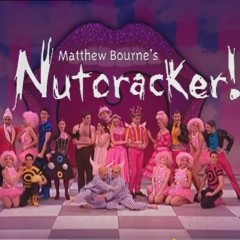 Review of Matthew Bourne’s *The Nutcracker*

As we are all cooped up in lockdown, and with the Theatres all being shut, I decided that for my Bronze Award for dance, I would review this piece of Matthew Bourne’s adaption of the infamous dance - “The Nutcracker”.