Siren’s Song turns the struggle to get out of bed into gothic horror.

You can watch 'The Siren's Song' here.

Conceptually, this film is kind of bizarre. We follow Sam (played by Johnny Smyth) as he gets stuck in the increasingly horrifying cycle of pushing the snooze button instead of getting up, with the tale being told through gothic narration from the booming voice of Wayne June. Yet somehow the synthesis of the everyday and the gothic really works.

June’s phenomenal narration does a lot of the heavy lifting here, effectively setting the mood. There are also some really smart shots that play with the perception of space and time, particularly using the glaring red of the alarm.

One of the subtleties of The Siren’s Song is the way that it implies Sam’s difficulties in getting up are a result of mental health issues. On the one hand, this is a really unique method for portraying these issues, and adds another layer of depth to the character you’re only seeing for a few minutes. The vagueness and insinuation here feels like a meaningful reflection of the hard to define nature of many mental health issues. At the same time though, by playing a little fast and loose with the mental health issue Sam is meant to have, there are a few times where Smyth’s performance sits on the edge of harmful tropes about mental health which are endemic to this type of horror.

Whilst The Siren’s Song isn’t perfect, it takes a strange concept and makes it work surprisingly well. 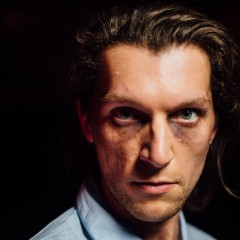 Siren’s Song turns the struggle to get out of bed into gothic horror.