If you could interview an immortal, what would he say?

You can listen to Albion here.

Albion has a wild concept in a simple frame. The government has brought in a man who has been alive since the 11th Century so that they can find out what he knows about the history of the UK. The immortal man, Evenett Albion, is played by Dan Winter, and his interviewer Spencer is played by Jack Hammett. The pair have an awkward energy between them which works in some places but causes the piece to drag a little in others. The star of the show is clearly Winter though, and when his storytelling gets going properly, he is incredibly engaging. By contrast, Hammett as Spencer feels kind of flat. Whilst the performance is decent, he feels like more of an expository device than a person. That said, they’re still both good enough that you stay engaged.

The place where Albion really shines is in the angle it takes on history. At the centre is a character who isn’t interested in royals and grand battles – even the ones he was involved with. Instead he focuses on the outsiders, the sort of people who our society has rejected over time. So we get told the story of how Jewish people were treated in the thirteenth century alongside a persistent thread about the way that he as a gay man was treated throughout history – from medieval England to the AIDS crisis of the 80s. In its focus on the outsiders who history has deliberately erased, we get a much more complex and complete vision of our past than what is usually offered to us.

Despite a slow start, Albion is a really interesting listen as it reframes the history of the UK around the outsiders. 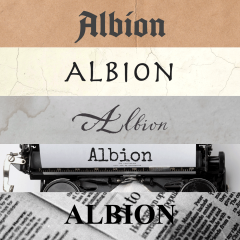 If you could interview an immortal, what would he say?