I chose to review this film because I had seen it before and liked it. I remember the animation being very good.I enjoyed the film, it was fast paced and exciting. It kept me interested for the whole hour and forty minutes. 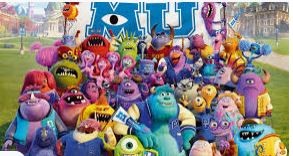 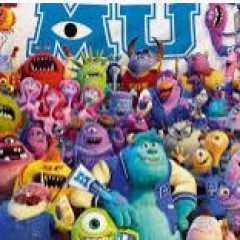 I watched Monster’s University. It is a Pixar Animations Studio film, directed by Dan Scanlon.

In the film, Mike Wazowski enters Monster’s University and meets James Sullivan, (Sully). At first, they don’t like each other and constantly try to compete against each other. 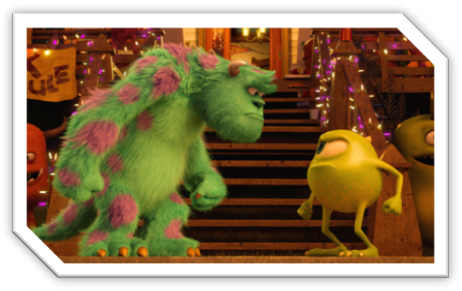 After competing against each other at the end of term exam, there end up getting each other kicked of the scare programme.

But all is not lost, Sully and Mike find themselves on a team competing in the Scare Games to win their places back.

Mike and Sully’s team are not natural competitors, so Mike took the lead in training them. 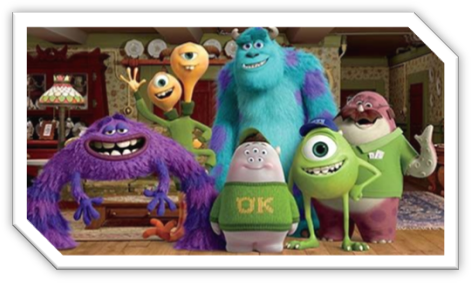 During the preliminary events, Mike and Sully become friends and learn the importance of teamwork.

After the games Mike realises his chances of ever becoming of scarer are lower than he thought, leading to high drama I the world of children. 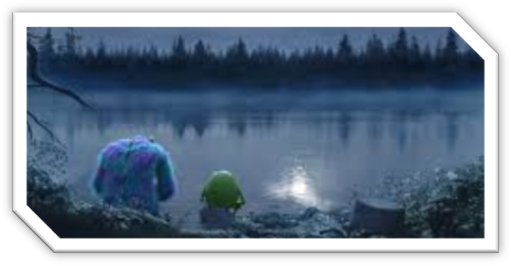 Some parts of the film were funny. The character of Art is mostly visual, but his small amounts of lines and characterisation bring light hearted comedy to the movie.

Sully, voiced by John Goodman, is a well-rounded character with good points and bad. He goes on a journey from being selfish and arrogant to caring and humble. I enjoyed watching his journey. 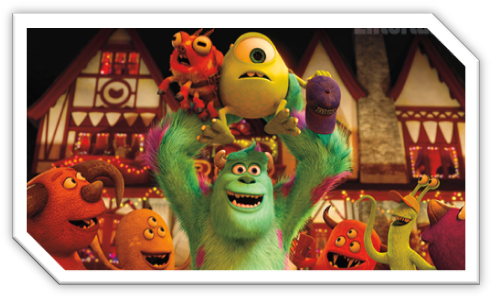 Mike, voiced by Billy Crystal, is a likeable character, who wants to follow his dreams, but just isn’t built for it. I understood the challenges in confidence he goes through and was routing for him throughout the movie.

I would recommend this movie for families with children aged 6 to 13 years. Watching on a small screen is just as good visually as seeing it at the cinema. I give this movie a 7.5 out of 10. 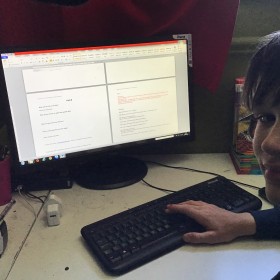 I am working through the Bronze Art Award. 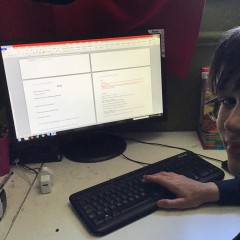 My review of Monster's University

I chose to review this film because I had seen it before and liked it. I remember the animation being very good.I enjoyed the film, it was fast paced and exciting. It kept me interested for the whole hour and forty minutes.