Blanks is a musician who should never be underestimated. Casually posting ‘Dance Alone’ on his YouTube channel under the nonchalant title “I wrote a song in quarantine”, the reception could never have been predicted.

Blanks was essentially forced into a Spotify release of this melancholic-yet-uplifting track about loneliness, boredom and longing for companionship - the circling emotions of lockdown! Originally posted just as some extra YouTube content, it was clear as soon as the video was out that he wouldn’t get away without putting this up on a streaming service before long…

The song is sombre in tone and lyrical content, yes, but it’s anything but downbeat. ‘Dance Alone’ makes use of Blanks’ signature love of the 80s, with a killer bassline and clap-along beats, making this one of his catchiest songs to date.

And the fans seem to agree.

Released on Spotify only last Friday, the song has already racked up a jaw-dropping 75k streams - and it hasn’t even been a week yet! Just goes to show that Blanks is here for all your quarantine-specific needs with a song that you can definitely dance to, in your bedroom, alone!

Watch the (homemade) video for ‘Dance Alone’ below and make sure to follow @musicbyblank on social media to stay up-to-date on releases and rescheduled live dates! 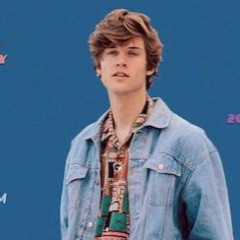 Blanks is a musician who should never be underestimated. Casually posting ‘Dance Alone’ on his YouTube channel under the nonchalant title “I wrote a song in quarantine”, the reception could never have been predicted.