We're all going to be okay. We still have music.

We’re all going to be okay. We still have music. We even have music which, whilst not actively written for the current climate of self isolation and paranoia, completely preempted the attitudes flying around the world right now - namely, Taylor Castro’s ‘Girl, Afraid’.

The latest release from the Florida-based singer-songwriter marks a significant maturing since her debut album release, PURE. Not only has Castro decided to draw back the curtain and reveal some deeply personal struggles she has been facing for the majority of her life, but she has become a mental health advocate in the process.

‘Girl, Afraid’ is the song which Taylor wrote about her struggles with OCD, something she has faced for most of her life. It’s a powerful song which proves that there is strength in admitting fear and vulnerability, and that it is always okay to ask for help. Castro comes off all the more strong by the song’s conclusion, showing off her vocal talents and ability to write a truly killer song. But that’s not all.

In the run-up to the song’s release, the singer-songwriter shared her mental health story on her social media. Encouraging fans to do the same, she asked them to use the hashtags #beaprincessagain and #royalsoul, taken from the song’s poetic and heartfelt lyrics, in order to create a community.

Community might be exactly what we’re in need of right now, in these uncertain times. It’s important to remember that it’s always okay to ask for help and admit when you aren’t feeling your best, especially now. Thankfully, we have incredible musicians and advocates like Taylor Castro in our midst, proving that we can and will get through it all together.

Watch the video for ‘Girl, Afraid’ below! 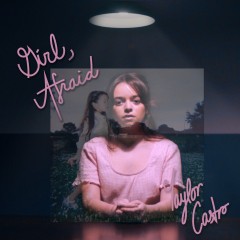 We're all going to be okay. We still have music.