Shen Yun is a type of dancing, for Chinese New Year, which is when we went to see it. Shen Yun’s mission is to revive the very best of China’s 5000 year civilisation on stage.

Shen Yun is a performance which combines Classical Chinese dance, a digital backdrop, flamboyant costumes and musical pieces, plus engaging storylines. Their costumes are made up of bright colours and long flowing skirts with big colourful head dresses. Overall, the dances were very elegant and in unison, they usually work as one which makes dances look more affective and energetic.

Shen Yun uses an innovative digital projection which instantly puts you on the scene.The animated backed up extends the stage to infinite realms and gives storytelling a new  dimensionality. It also has a few surprises along the way. The background creates a seamless link between the dancers and the projection. This invention is so original it has it’s own patent.

At the core of  every Shen Yun performance is Classical Chinese dancing. This kind of dancing has been used for thousands of years. The performers have distinct postures. They use moves like flips and tumbling to exceed the dancing and enchanted the experience. Some of the dance elements have have been incorporated in to other more modern dances like ballet and gymnastics.

The music that has been incorporated into the Shen Yun performance was strictly made for the classical Chinese dancing.Shen Yun has its own orchestra which Combines modern instruments with Chinese instruments that have been used in Classical Chinese music for millennia.

What was most enjoyable about Shen Yun

The Chinese dancing was beautiful and really engaging. The backdrops that were used really  helped to enhance the execution of the performance, like you were really part of the show. Along with the dancing came the orchestra which almost set a kind of atmosphere to the dances, to help move the storyline through. It was also really enjoyable due to our seat placement and the narrators who kept us informed about the storyline which gradually came to a climax. Overall, I would really recommend this show as it gave me a lot of insight about Chinese dancing and why they celebrate through dance.

What could be improved

However, for me I would have liked the show to have a smarter dress code as people were turning up in jeans, to a Chinese New Year celebration. 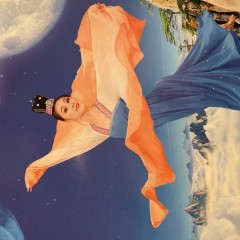 Shen Yun is a type of dancing, for Chinese New Year, which is when we went to see it. Shen Yun’s mission is to revive the very best of China’s 5000 year civilisation on stage.