Awarded annually to an artist who challenges the status quo in society, in 2019 the sentiment of the Turner Prize was typified when the four nominees decided to accept the prize as an “artist collective”. Oscar Murillo, Tai Shani, Helen Cammock and Lawrence Abu Hamdan became the 2019 prizewinners in an attempt to show the worth of collectivism in a time of political adversity. You can read more about this year’s prize in our news article.

Each year, the winner of the Turner Prize is exhibited at a different gallery. The 2019 artworks are being presented at the Turner Contemporary gallery in Margate until January 12th. A waterfront gallery stretching out from the Kent coast echoes Turner’s landscapes, and the bright atrium interior contrasted starkly against topics explored within.

Oscar Murillo’s work explores economic climate, migration and community artwork. Interestingly, he often produces art whilst on rail transport to replicate migratory behaviour. Calling the act of creating a “physical discharge of energy”, I keenly felt this energy within his exhibition.

Murillo’s work was the first room I entered and, after the low chatter in open gallery spaces, the empty room where his plaster cast figures rested was sepulchral. Walls swathed in black and blue linen, hand-painted by Murillo, dimmed colour to focus attention on the figures themselves. Life-sized women and men, dressed like scarecrows, slouched in rows gazed towards the huge glass window facing the sea.

Maybe it was the wigs, brightly painted plaster faces or acute silence within the room that caused an uncomfortable sense of tension. Whilst an obvious theme or purpose to his work didn’t ring clear and context was gained from information plaques beforehand, a sense of apprehension was evident. Thoughtfulness provoked by artwork often achieves its aim, even if that aim isn’t obvious to the audience.

Next up: Lawrence Abu Hamdan, and my exhibition highlight. Collaborating with Amnesty International and Forensic Architecture to help prevent human rights abuse, Hamdan uses sound and listening techniques to create what he calls ‘earwitness testimony’ - evidence that is heard not seen.

A dark room, two rows of seating, and a projector: Abu Hamdan’s space. The story behind several of Abu Hamdan’s projects was being explained on the projector: black background, white text. We discovered how he interviewed prisoners formerly held in the Syrian regime prison Saydnaya to discover specific aspects about their captivity: the sound of a metallic door slamming, the guards’ feet on the steps, the digger outside.

After the 2011 Syrian Revolution, the Saydnaya prison was transformed from prison to a place where prisoners were tortured and executed. Speaking became punishable by death. As Abu Hamdan interviewed six detainees and discovered more about how certain sounds, such as footsteps or the closing of a door, are permanently etched on their memories, the artist explored links between architecture, language and evocation. 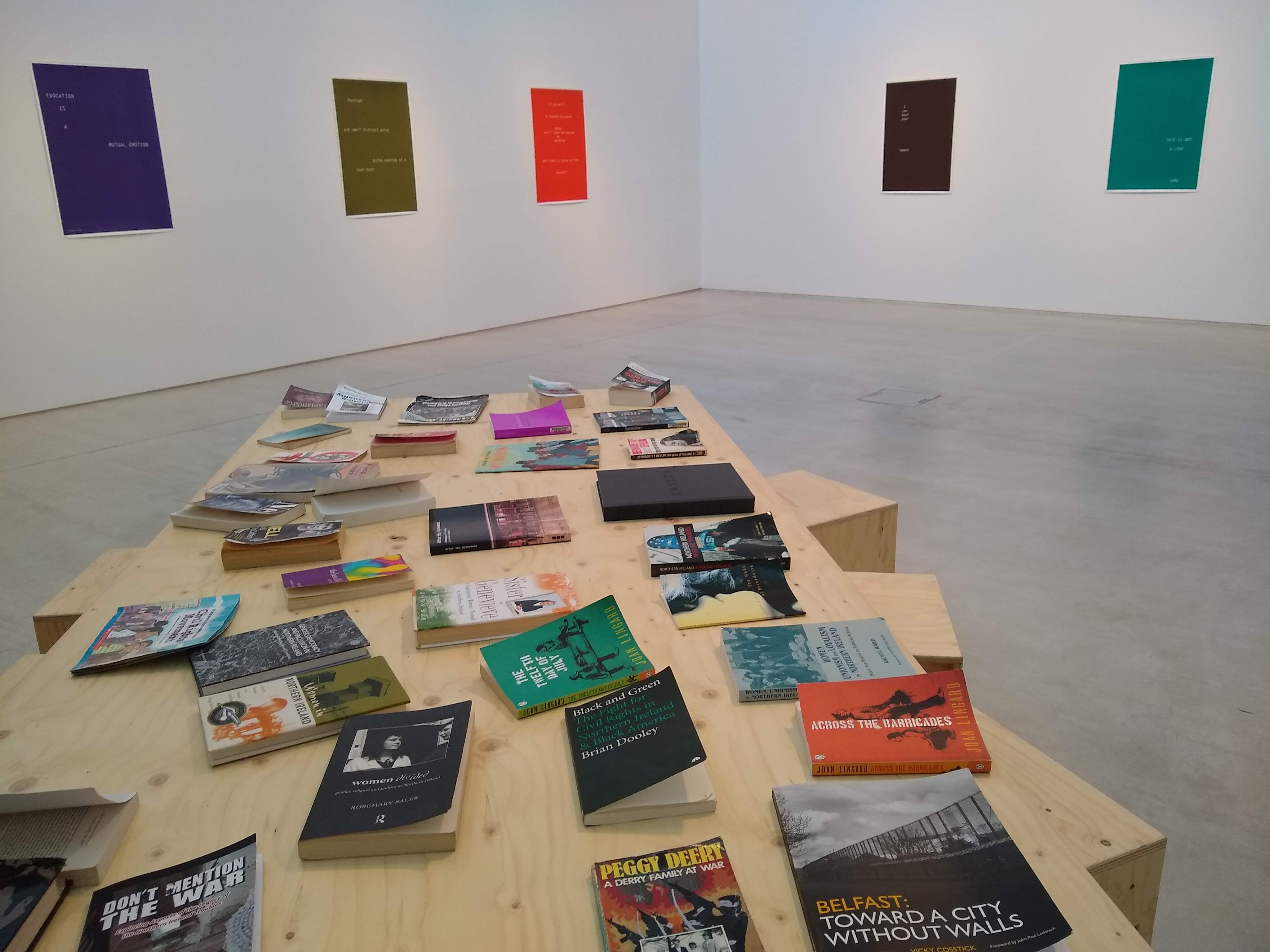 Abu Hamdan’s work was an aural assault in contrast with Murillo’s strained silence and tension. In no way were the audience left to ponder on meaning, instead a call to modernisation and rights protection was loud and clear. The juxtaposition between Murillo and Abu Hamdan enlivened the senses and, leaving Abu Hamdan’s showcase, I felt a heightened awareness of sound and colour.

Hellen Cammock turned the attention closer to home. Her work spanned two spaces: firstly, a stark room with a handful of graphics prompting us to embrace our emotions and secondly, a screening of interviews with those who have lost family in The Troubles of Northern Ireland. Cammock argues against atomism, instead highlighting how the individual and society are innately connected; I felt this sentiment strongly between the two spaces. Words such as ‘tear ducts’ and ‘lament’ intensified awareness of individual human emotion and, linked with a societal issue, such as The Troubles, lent vulnerability to the exhibition.

Lastly, and unfortunately for us, Tai Shani’s display occupied a high-ceilinged hall. It was a great gaping monster of a thing which could scar viewers for life. Partly because it hurt my eyes, and partly because I didn’t want to ruin the impact of the former three showcases by lingering too long in this room, my visit to Shani’s exhibit was fleeting. However, it was long enough to wear the exhibit headphones and wander around listening to the pornography provided. Other than revolt and bemusement, I couldn't help but think that the work of another worthy artist had been squandered to allow for Shani’s display.

Taken collectively, as the audience is meant to, the 2019 Turner Prize winners make a unique statement about community and collectivism. Even if you can’t get to the Turner Contemporary, make sure you explore Lawrence Abu Hamdan’s work. To call the work socialist would take it too far, but to me this work called for a global equalisation in stories, backgrounds and experiences. 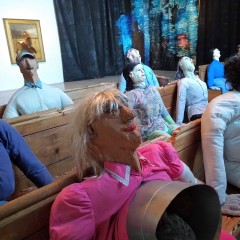 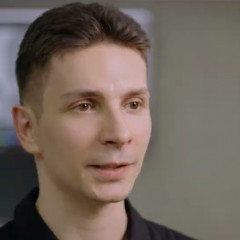