A review of Liam Gallagher's new album, "Why me? Why not." 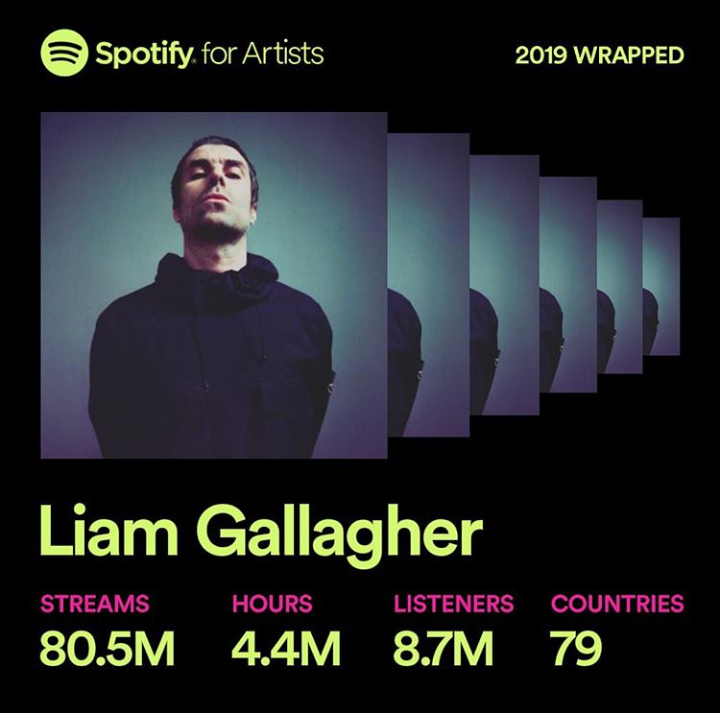 Liam Gallagher has incredible acceptance on Spotify,as we see in this image posted on his Instagram page. 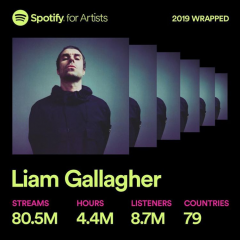 After the massive hit of ‘As you were’, the youngest Gallagher brother brings us a new album, exploring new sounds, deep and personal lyrics, and very John Lennon-like tunes.

A complete success, the album (released on 20th September by Warner Records), achieved a silver certificate on its very first week, debuting at number one in the UK albums chart.

This is the first song in the album and the first one to be recorded along with six more in only one week. This song has many connotations and symbolism (like the quote we see at the beginning of the video, on the matchbox: “Everything will be ok in the end, and if it ain’t ok, then it ain’t the end”). Still, the lyrics seem to reflect on Liam himself, but if you watch the video, there are other people and massive social protests. In the end, either the song it’s auto referential or it’s about people rising in the streets, this song is about coming round with something great to make an impact, put an end to anything that was wrong, change everything, saying “I had enough”.
As in musical matters, this song holds a very powerful sound that goes perfectly with the lyrics.

This was the second single of the album (released after Shockwave). Written from another perspective, this song is for the common people and a call to empower themselves against confusion, anger and injustice. It has a similar message to Shockwave, but in this song Liam even warns all of us of the danger of everyday things like politics, celebrities and smartphones.

A ballad of the paths of life, mixed with urban metaphore and what you do with the time you’re given. As a reminder that we get only one chance to do everything we want to, this song is also about coming out to a certain age and how the experience gives you the chance to realize about many things.
The beginning of the song, though, might be a reference of Liam’s own childhood or his youth, hence, the song could be about his own life.

This song is quite possibly the one to have caught the attention of Oasis fans all over. With subtle Oasis glimpses and a special focus on his brothers, Paul and Noel, Liam evokes a past time; a time where his relationship with his eldest brother Noel was still strong, Oasis were together and they lived by the promise “you and I are gonna live forever”, but as the song goes on, they apart from each other. In this song, Liam seems to remind his brother that he is still part of the family, no matter how much distance he puts between them.

This is a very optimistic song. It is about rediscovering old feelings, and letting time heal everything.
As this song seems to be for Liam’s daughter, Molly (who he didn’t meet until 2018, when the girl was 19 years old), this song is a promise to be always there and show unconditional love, no matter how much time passed and how apart they got from each other.
The music mixes modern sounds and an upbeat rhythm, an absolute tune.

To give this review a closure, I would like to add that this is an incredible album, highly recommendable and deservable of all the recognition it got, and also, highlight the noticeable maturity of Liam Gallagher's lyrics writing, as they just got better with time, to constitute this amazing work. 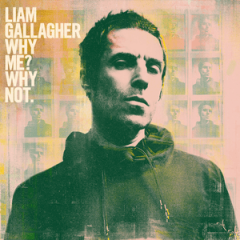 Coming round like a shockwave: Liam Gallagher's Why me? Why not.

A review of Liam Gallagher's new album, "Why me? Why not."