Where did you go?

For this part of my arts award, I went to the Tate Modern art gallery and looked at the paintings and other pieces of art they had in their collection. The Tate Modern is part of the Tate group, along with the Tate Britain, Tate Liverpool and Tate St Ives, and is located in Southwark in the former Bankside Power Station. It is one of the largest museums of modern and contemporary art in the world, with art dating from 1900, and is very popular, with around 5.8 million visitors in 2018, making i the second most visited museum in the United Kingdom - just below the British Museum. Many paintings from very famous artists such as Picasso are displayed there.

What did you see/do?

While at the Tate Modern, I saw many pieces of art, such as those pictured below. 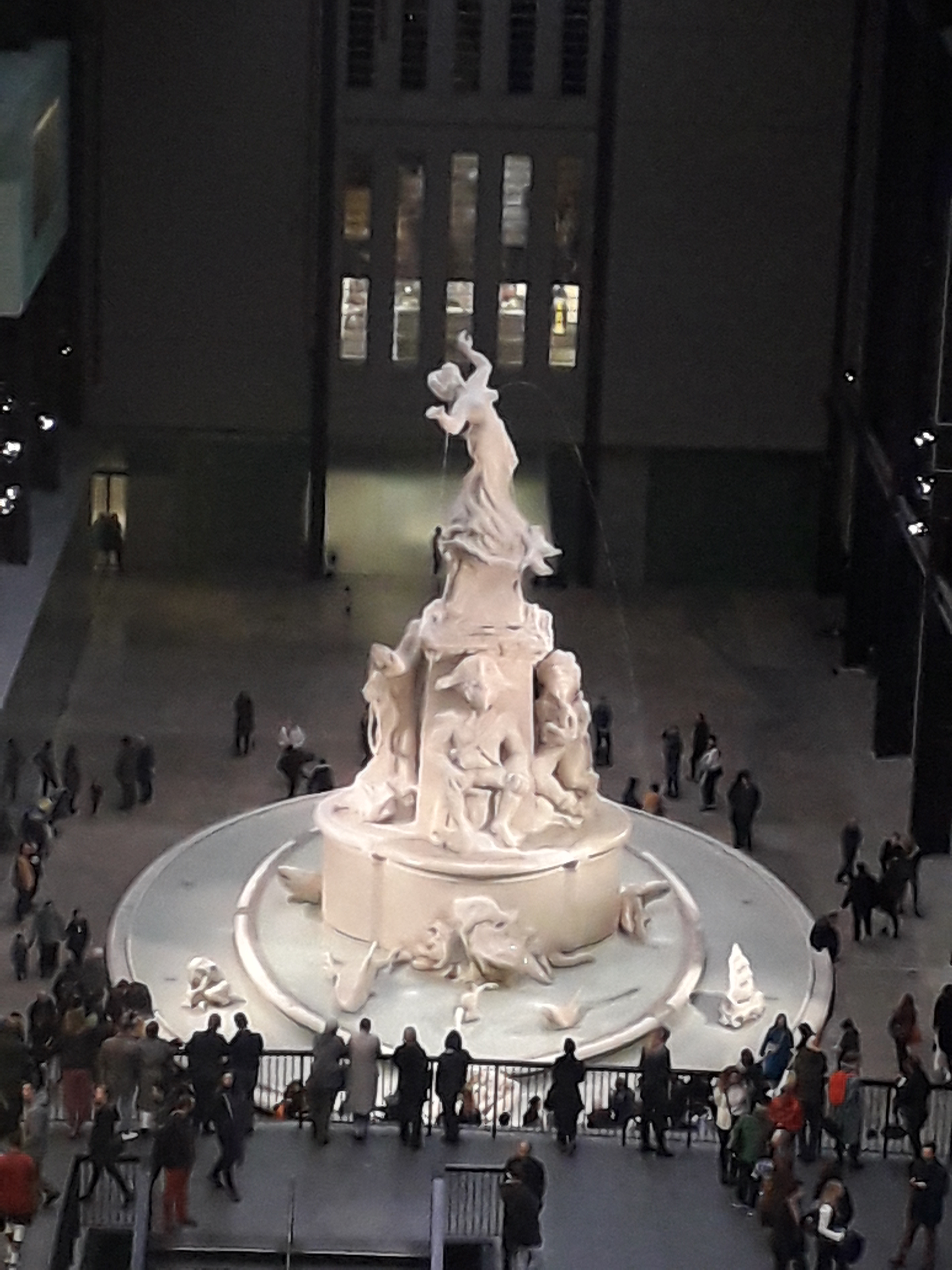 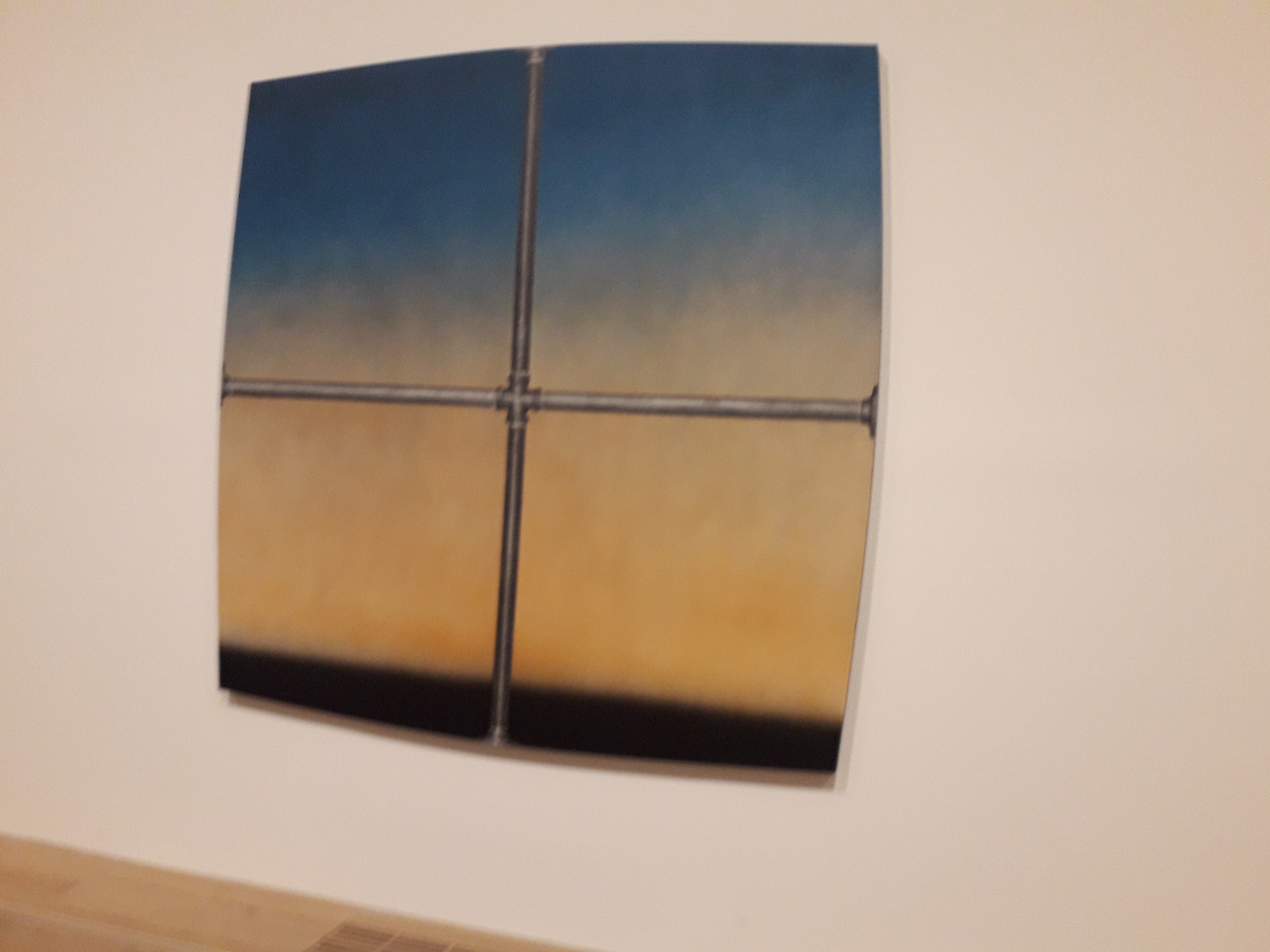 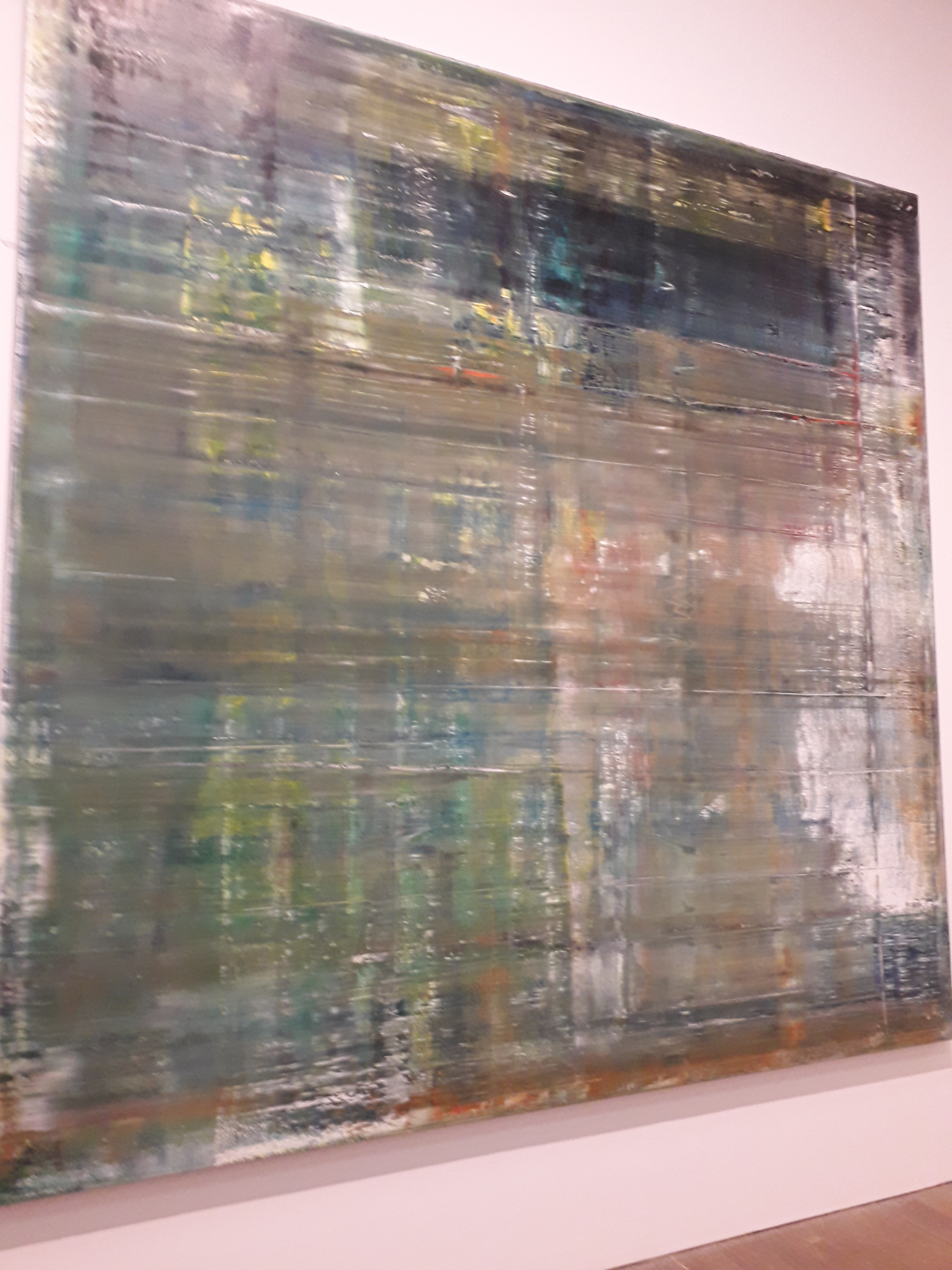 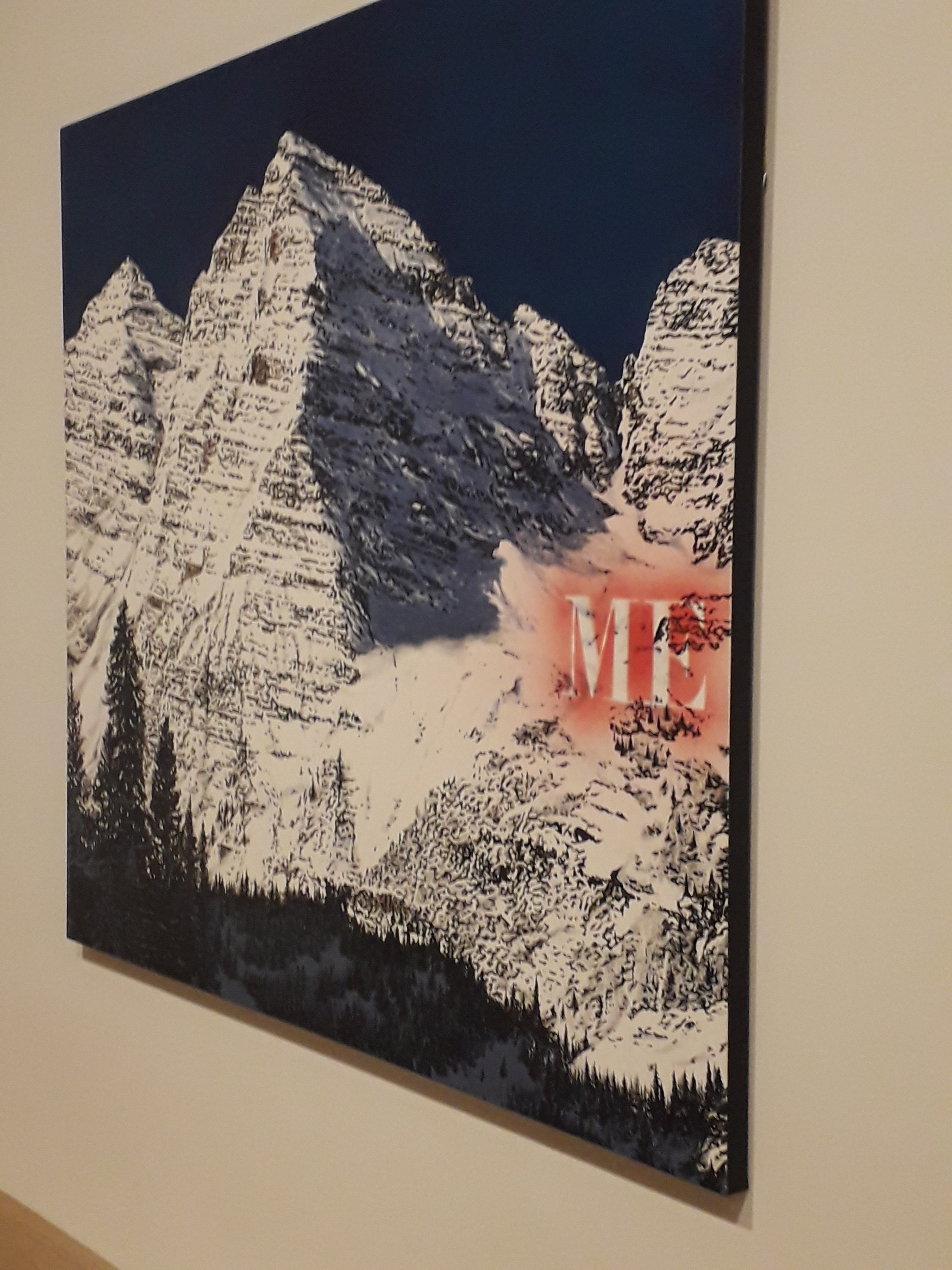 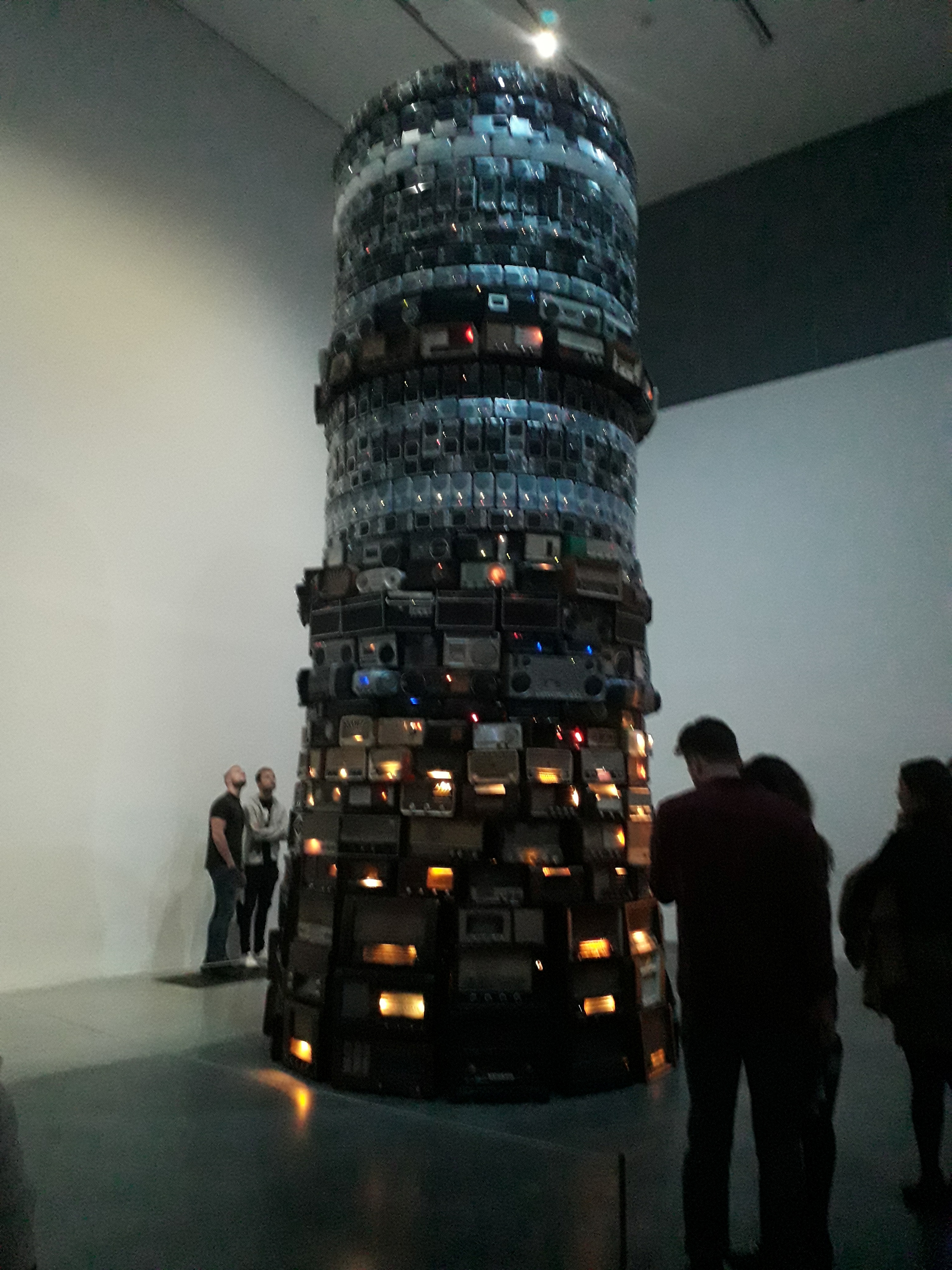 When did you go?

I went to the Tate modern on the Saturday the 12th of October 2019. I went in the afternoon, arriving at around 3:15, and was there for a number of hours - until around 6:00 - as there were a large number of exhibitions to walk around and look at.

What happened at the arts event?

I arrived at the Tate Modern at around 3:15 - as the first photograph I took was at 3:30 - after travelling to the gallery on the London underground. I started by looking at the installation in the Turbine Hall, the Fons Americanus, a thirteen meter high working fountain inspired by the Victoria Memorial in front of Buckingham Palace. The Fons Americanus was created by Kara Walker and is a celebration of the interconnected history of Africa, America and Europe. After that, I looked through the galleries on each floor of the Natalie Bell building, of which there were a large number, with a decreasing number each floor up. After looking through the galleries in that building, I then walked over the bridge to the Blavatnik building and descended through the floors. There were considerably less floors of than that of the Natalie Bell building. Even outside of the galleries, there were various fixtures, such as a set of bright yellow lights and a stack of coloured lights in the middle of a hallway. After looking through the galleries in that building, we had seen everything and so left.

Which art forms were involved?

The Tate Modern contains a large number of modern and contemporary art, in all forms, whether it be sculptures or paintings. Contained in the gallery are paintings by extremely well known artists such as Pablo Picasso, Andy Warhol, Salvador Dali, Mark Rothko and Andy Warhol. Examples of styles are abstract art, impressionism, and pop art.  The paintings range hugely in subjects and contents, as well as thematically - with both realistic and abstract, ranges of colours and designs. As for other forms of art, photography was present in some galleries, as 0.2well as various other types of art that do not fit so well into a category.

I have been to the Tate Modern once before, which is a large part of the reason why I chose to visit it for part C of my arts award - I knew a little of what art would be featured and my way around a small amount. Otherwise, I have not been to many art galleries or similar, other than the Ancient Greek Section of the British Museum, containing mostly statues and pottery, on a school trip. As for some of the specific art pieces, I have seen photographs or prints of some of the more famous ones, however I had not seen, or else do not remember having seen a lot of them previously.

Was there anything unexpected about what you saw/experienced?

I did not find there was very much that was unexpected about my visit to the Tate Modern, as I had been before, however when I had been to the gallery previously, the Blatnavik building did not exist and, due to this, I was surprised to discover that there was another. Some of the lighting fixtures were also unexpected, such as the ones pictured below and many of the paintings in that section I had not seen before. As well as this, the previous time I had visited, there was nothing in the Turbine Hall, so seeing the fountain in there was not something I was necessarily expecting, and I wouldn’t have expected it to be quite so large in size as it was. Another thing that I found unexpected, was the amount of photography in the Tate Modern. On my prior visit, I did not remember seeing any and so discovering a number of rooms dedicated to it was not something I had expected to see, however I found it very interesting to look at, especially as I had never seen very much professional photography before.

What did you think was good and why?

I liked most of the things I saw at the Tate Modern, however some types and pieces  of art did resonate more strongly than others did. For example, I found that I liked a lot of Picasso’s work in the gallery, as well as some of the works by other artists like Gerard Richter, Mark Rothko, Roy Lichtenstein and Ed Ruscha. Of the sculptures, I thought that Clido Meireles’s ‘Babel’, Yinka Shonibare’s ‘The British Library’ and the ‘Fons Americanus’ by Kara Walker, due to their imposing size and fascinating designs. I found that I liked the paintings I listed due to their thought provoking compositions and their bold use of colour to compliment this. I found that I liked the pop art of Roy Lichtenstein due to my interest in comic books and therefore interest in that style of art, as I had seen a lot of similar artwork in the books I have read.

Was there anything you disliked?

I did not find there was much that I disliked. There were certain pieces of art that I did not understand quite as much as others and even types of art I prefer over others, but overall, there was not anything that I disliked as such. For example, I prefer paintings to other art forms, but despite this, I saw paintings that I liked less than some of the sculptures and photography that I saw. Other times, I found it difficult to understand the symbolism behind some of the more obscure pieces and so liked them less than I would have done had I known some of the reasons behind them.

What have you learnt from this arts event and what thoughts or ideas will you take away with you?

I have learnt many things from my trip to the Tate Modern as I found seeing the work of the artists there to be fascinating. While I was there, I was exposed to many different forms of art and many different styles as well, and have had the chance to read and learn about many artists who have had their art displayed in the gallery, from the most well known to the lesser known. Since my visit, I have also researched some of the artists and artworks I found interesting in order to learn and find out more information. All of this will help in my art because I will try to incorporate some of the elements of certain pieces of art into my own artwork and it has broadened my knowledge and awareness of art, as well as helping me to realise the true extent of art and quite how broad its spectrum can be; something demonstrated by the huge range of artworks in the gallery. 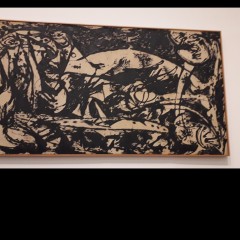