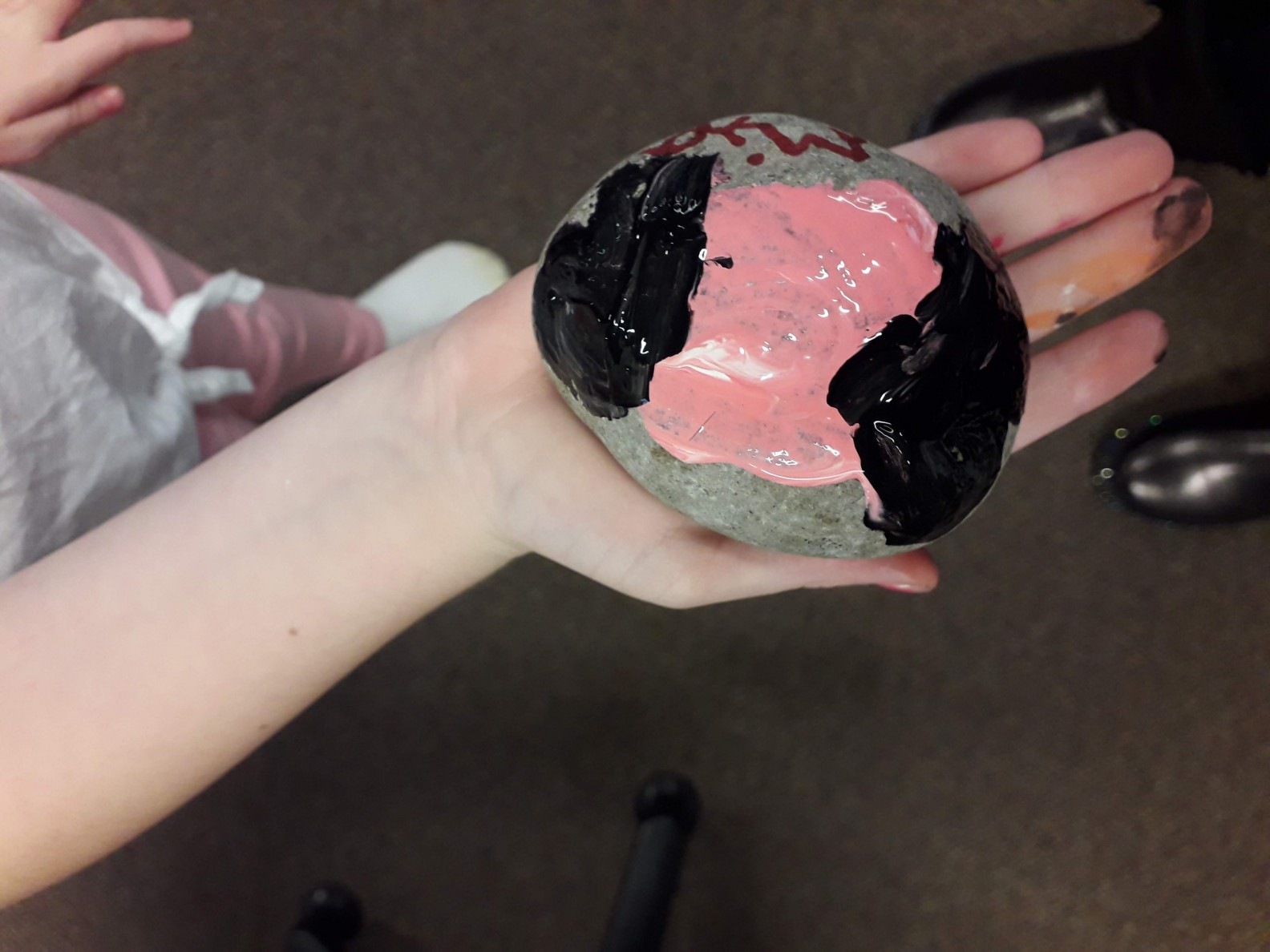 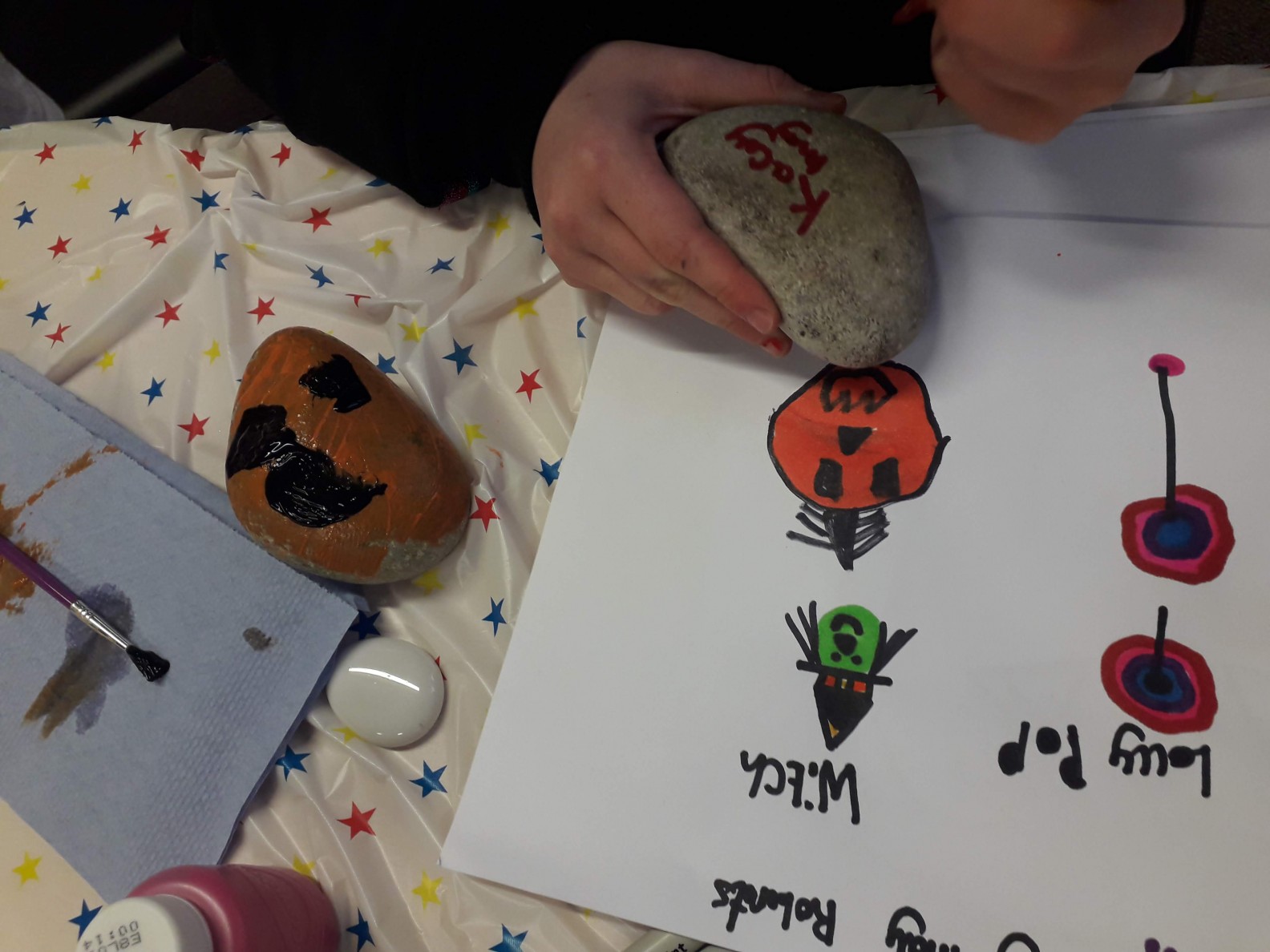 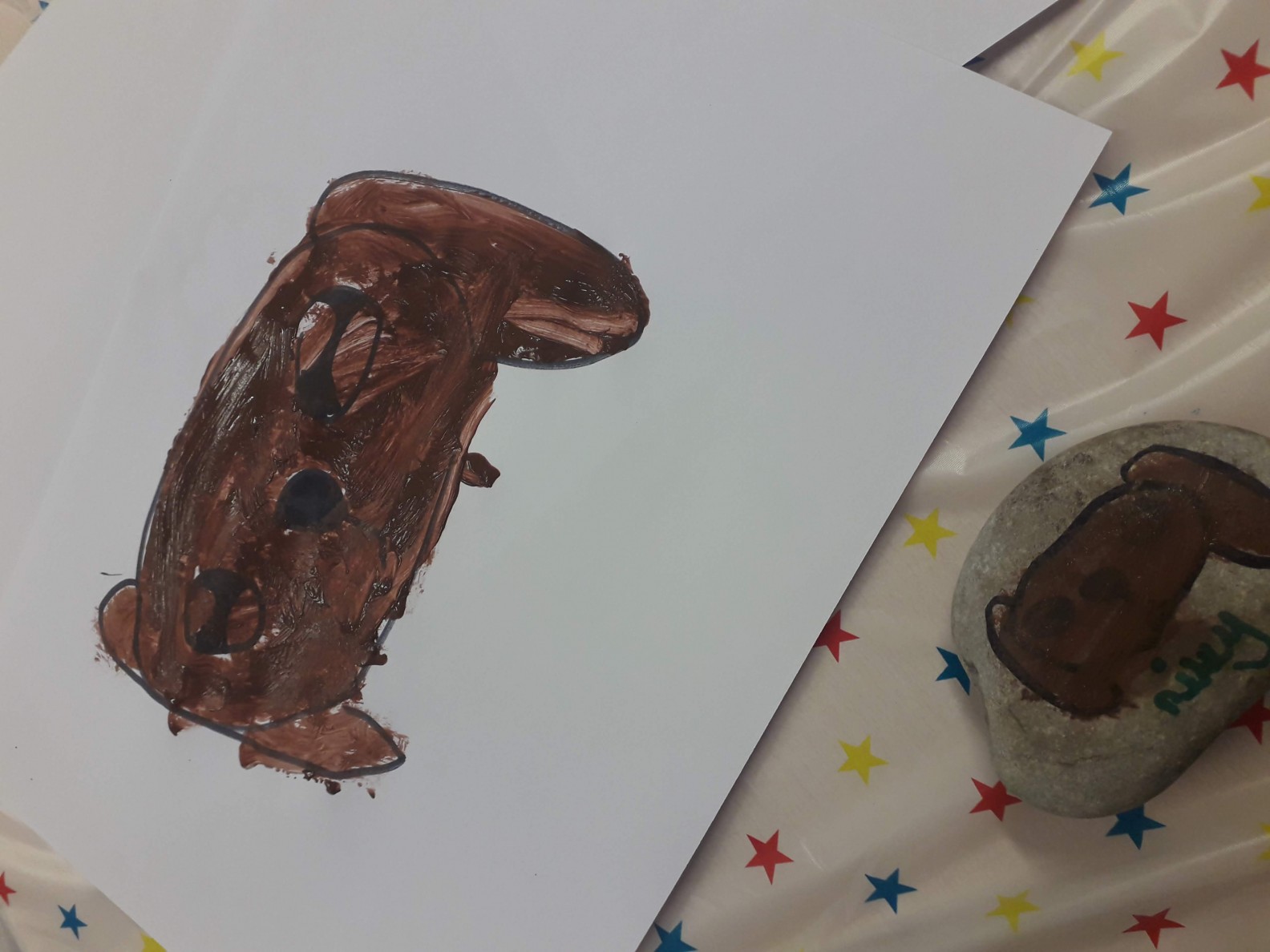 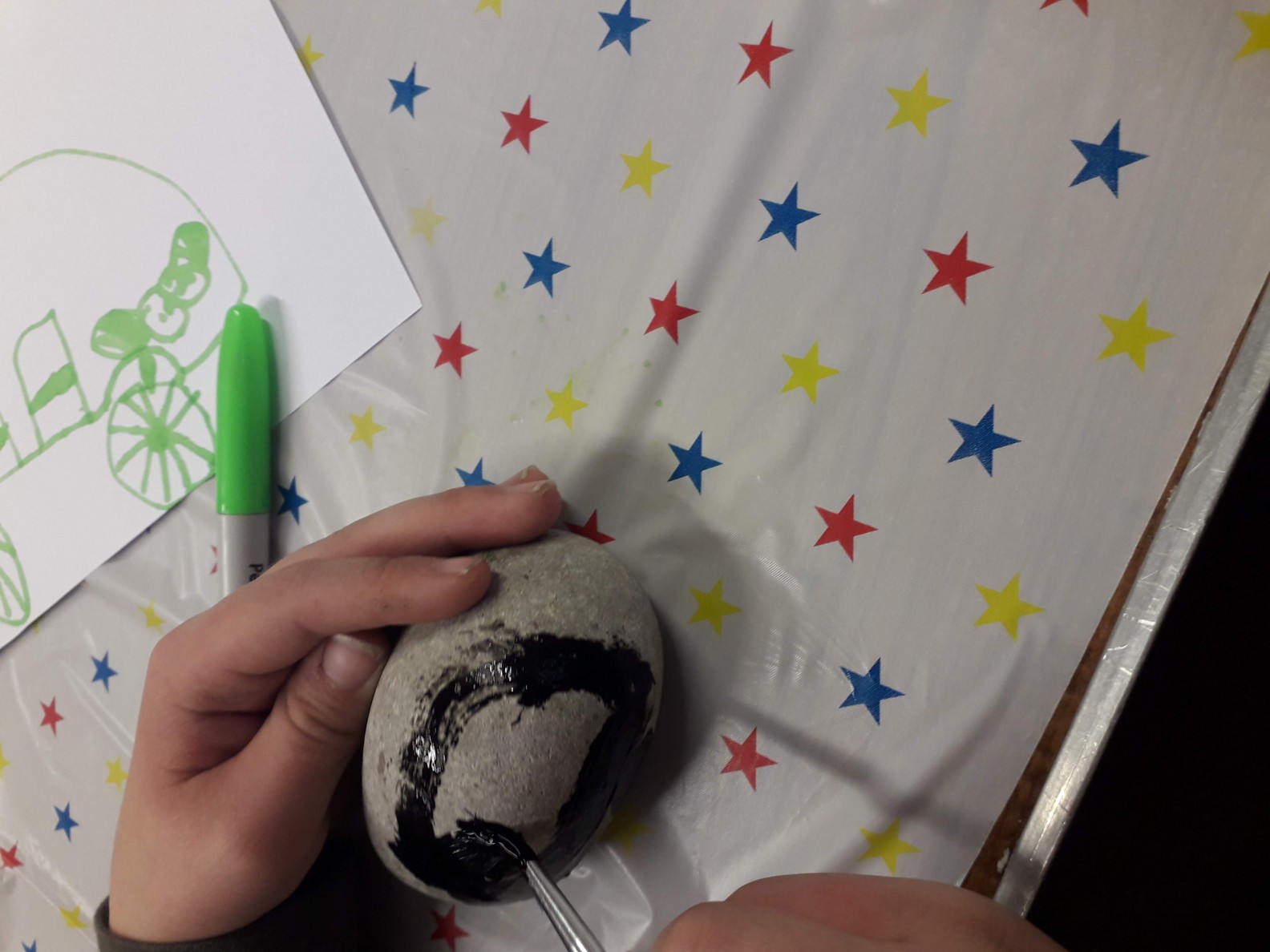 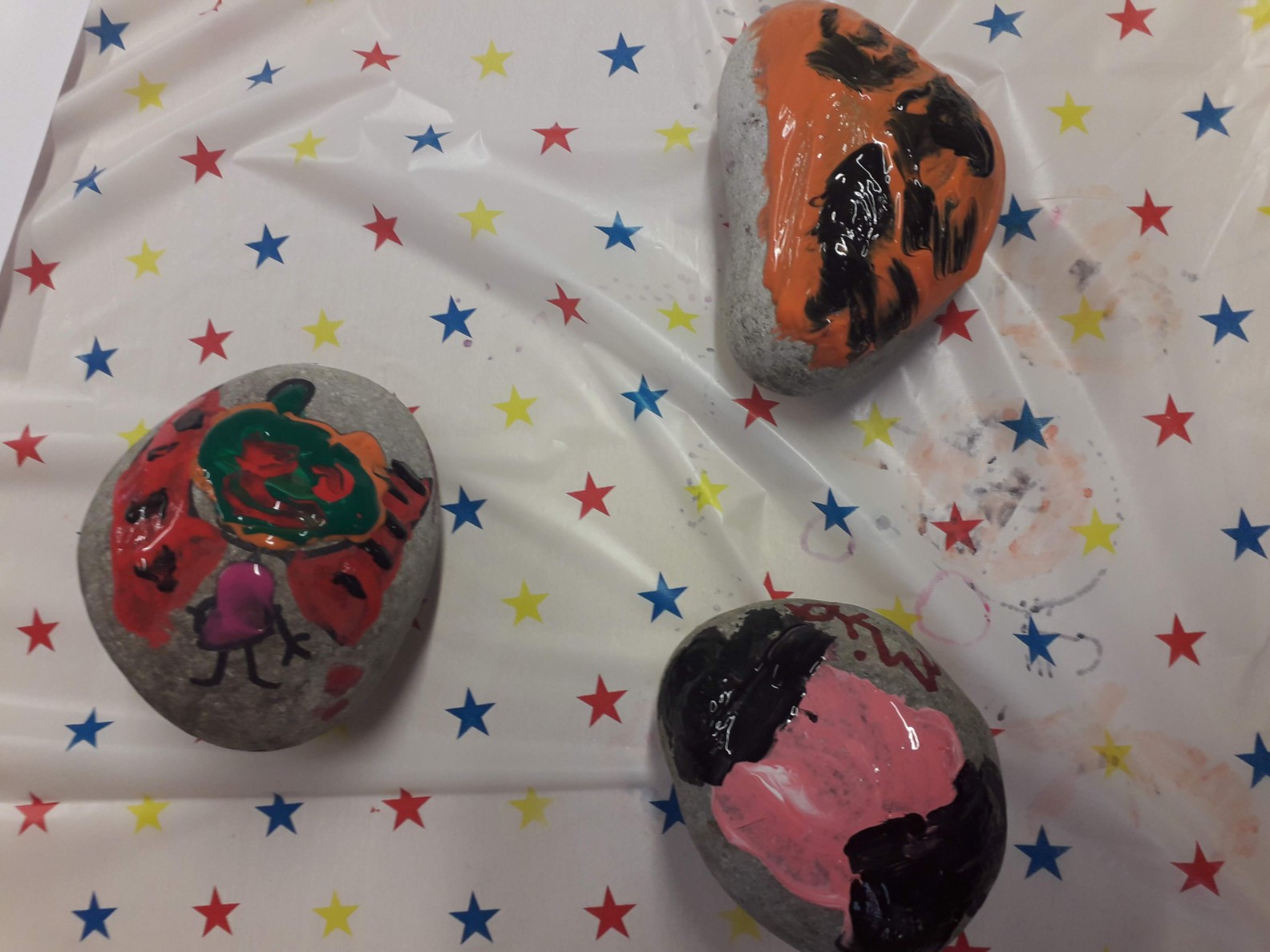 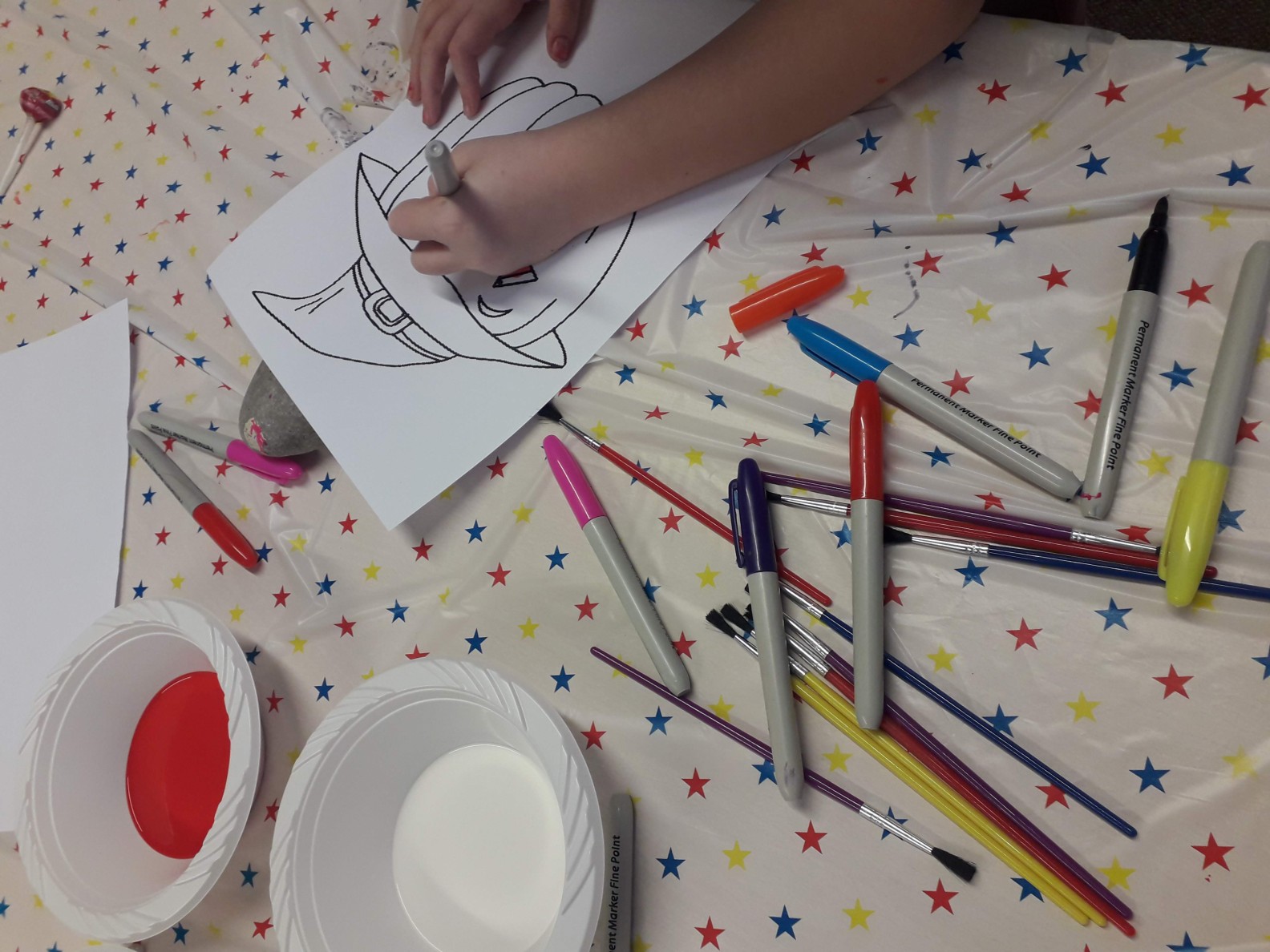 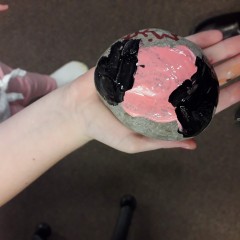 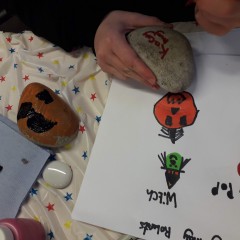 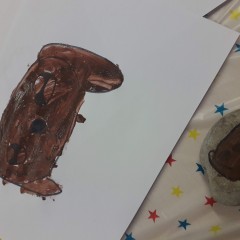 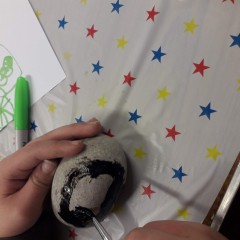 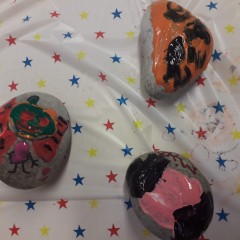 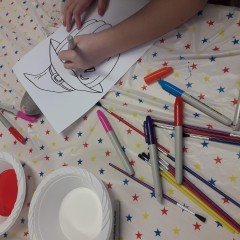 Notes how you communicated, encouraged, supported others
⦁ Engaged with the group as a whole
⦁ Spent time with each individual child that attended
⦁ Asked children what ideas they has as to what they wanted to put on their pebble
⦁ Some of the children were stuck for ideas so I helped to inspire them to choose something they really liked, for example their favourite DVD, superhero etc
⦁ Praised children for their work
⦁ Commented on how well the children were doing. One of the children was filling so much of the paper with pre-designs, so i noted how much they had put into it and praised their pre-planning skills.
⦁ Supported team members by delivering the session, setting up the resources, engaging with the attendants and cleaning at the end
⦁ Shared some of my personal experiences with one parents who's child had SPD. I shared and advised some of the ways of overcoming quirks and challenges that arise in children with SPD. For example some children with SPD can have issues with certain smells, such as new clothing, I shared my experience with my own daughter and advised the parent to let the child pick a fragrance she really loves and spray the clothing that is offputtingly to her and turn it into a more positive situation for both parent and child, to prevent issues when buying new clothes for them in future

How it went / Success as a leader
⦁ Successful delivery of the project
⦁ Communicated and engaged well with the whole group
⦁ Communicated well with members of the team
⦁ ensured it all safety precautions were met when planning for the event
⦁ Gained and acknowledged feedback
⦁ Children of all ages and needs, really enjoyed the session
⦁ The children had lots of fun
⦁ A fair few attended the event
⦁ Great feedback from the children and adults
⦁ The event ran safely and smoothly

Did you adapt your plan as the project developed?
During planning for the event. We adapted out plan by re-assesing what resources could be added to improve the efficency of the event. We descovered during a trial run that the session would benefit more from packs of wipes to keep mess minimal, the children would require a pot of water to clean their brush in between each colour of paint. We also decided that the paint would be easier for all the children to share if we poured the paint out into seperate bowls. We also adapted our ideas of labelling each pebble and instead come up with the less time consuming method of asking the children to write their names on the bottom of their pebbles, to identify which belonged to whom.

What was your favourite part of the leadership project
The part of the leadership project I enjoyed the most was planning and constructing my own ideas into the event. I really enjoyed all the planning that went into delivering a session that worked out really well and ran so smoothly. I was very pleased with the way the session appealed to children with different specific needs and the benefits the children found from this session. I am proud to see the success I had as being a leader and was very proud to see what i had decided to deliver went to plan.
What did you find challenging?
⦁ Being present at all times with the whole of the group, its so difficult yet fun managing constant engagement with everyone

Did your plan work well?
⦁ It was a quiet, fun event for children. This also appealed to two different children with SPD(sensory processing disorder). These children preffered the crafts session instead of a noisy halloween party, in which the parents brought them to along to the pebble painting
⦁ The children thought it was really fun
⦁ The children said everything about the event was good
⦁ The adults approved of the session
⦁ Efficient amount of people attended to take part in the event
⦁ Appealed to children of various ages
⦁ Appealed to children with different needs who found the session beneficial
⦁ Gained good feedback from both children and adults
⦁ Provided an efficient crafts session in the least messiest way
⦁ Great engagement, from my self towards everyone who attended and also great engagement from the children towards the event
⦁ I took a risk by offering something different totally different new to the children, in which that risk paid off
⦁ Communicated well with the children, adults and team members
⦁ Good team effort from myself and Carole
⦁ Many leadership skills developed throughout
⦁ Ran smoothly
⦁ The plan I had created worked really well

What would you do differently if you ran this project again?
⦁ Next time less paint would be used now i have gained insight to the amount that will be used
⦁ I will brainstorm and plan for more fun activities to also add to the event
⦁ With some of the children having difficulty deciding a design. Next time I would research into childrens trends, games, tv shows etcs. To create some examples for children to to use inspiration for their own design
⦁ I would plan to make the duration of the session longer in future, due to some of the children that had arrived close to the end of the hour session who wished to paint a pebble, but couldn't because it was time to clean up. The session would have benefited more children that arrived later if it the duration was longer
⦁ I would use pencil pots to display the felt tips in future to prevent them being spread out all over the table and becoming lost

What’s your own view?
Upon delivering this arts and crafts session I have taken so much away from this experience. I broadened skills in becoming a successful project leader. Learned how to plan efficiently and deliver a session according to that plan. Throughout I was able to develope many leadership skills, and learned to successfully run an event. I was very pleased that the research I had carried out into a child with sensory needs, successfully ensured the session appealed to the intended audience. I'm so happy that my idea sparked such great interest in the public and proud that my idea for the session appealed to so many different children. Children of different age groups and children with different needs, were all able to benefit from this session. I was extremely pleased with how well it went. I was surprised and proud of how successful I was a first time project leader. I also found that the team worked immensely well together on the day. It was a heart-warming experience to see that the children were hugely fond of the event and thoroughly enjoyed themselves. Subsequent to gaining feedback I was very happy to see the amount of positive comments and feedback from parents and also the children.
When evaluating the session I have discovered what could have worked better, also what I could do differently and what I can do to improve the session in future. Subsequent to seeing how many factors went well in this session, also discovering how many children enjoyed it and how parents approved of it. I believe it is something that would be beneficial to continue to hold more arts and crafts sessions. Also by discovering how this session appealed to children of different ages, as well as children with various needs. I feel it would be beneficial to the public if these sessions were to be continuously held in the future. 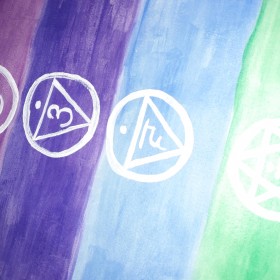 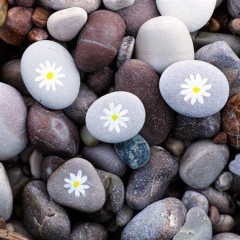