A visit to an Alaskan art gallery in downtown Anchorage. This review explores some amazing wildlife art.

In the summer holidays, I was fortunate enough to be able to visit the Alaskan Aurora Gallery. There were many artists showing their work, but I found two whose work I particularly liked, and I took some photos of their artwork. One of the artists was a sculptor. Her name was Marilyn Miller. She was born and raised in England, before she moved to America. At first she only worked with water colour, oils, pastels and charcoal. When she was in Alaska, she discovered Raku fired clay and after, did 3D artworks. She would heat up the clay before carefully putting it in place. Here is my favourite one she did. 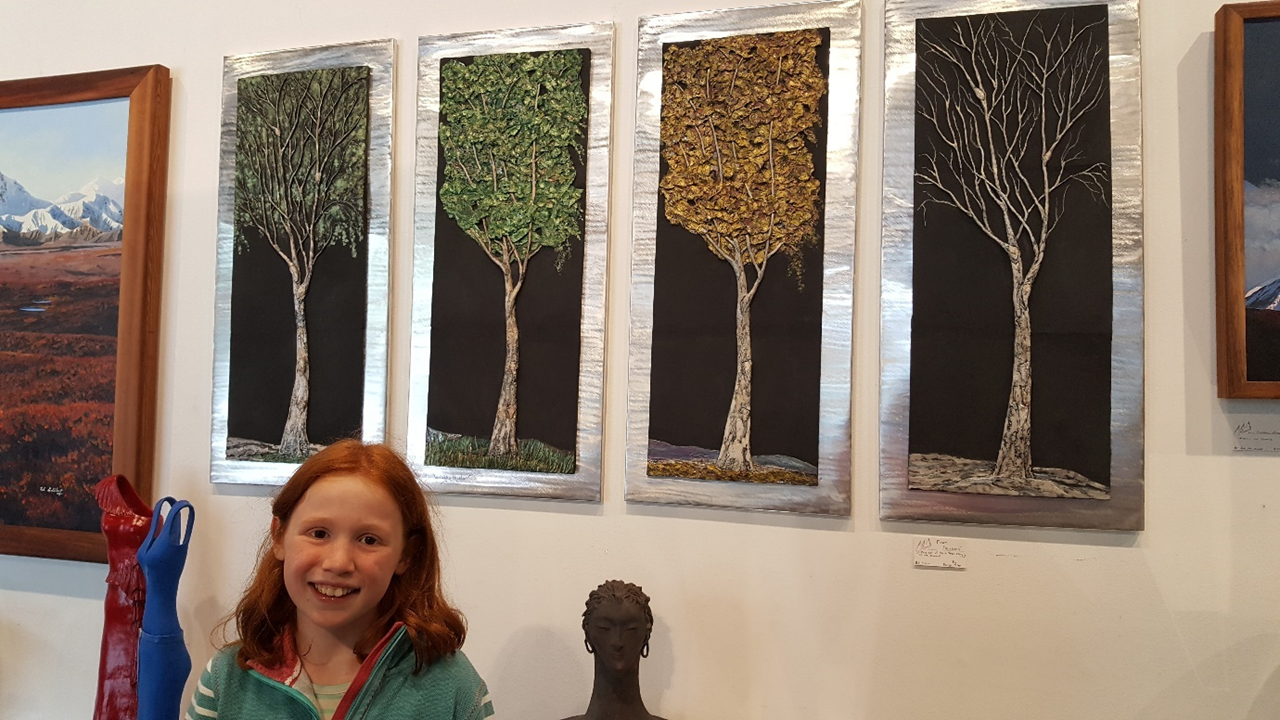 I like this one because the clay is 3D (which adds effect) I like how it shows each season and how trees change throughout the year. The detail she has put into the branches and leaves really makes it unique. This one is called ‘Four Seasons’.

I also really liked one called ‘Otter Embrace’. This one was special to me because in the summer holidays we went to Iceland and then Alaska for three weeks and we saw loads of otters there and I think it really resembles sea otters in the wild. 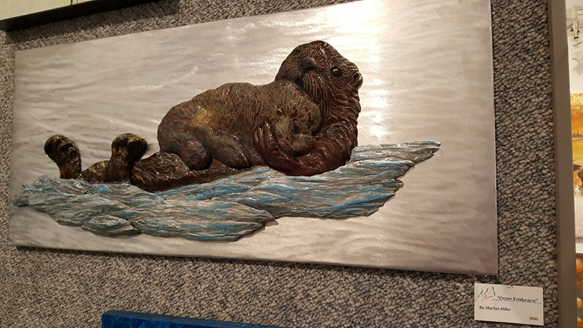 The second artist which I looked at in detail was a painter. His name was Euripides Kastaris. He went to the Rock Star Sting and the Olympic Committees of both America and Greece. His 25-year artist career started as a designer and commercial illustrator before he began work with fine art. Here is my favourite picture. 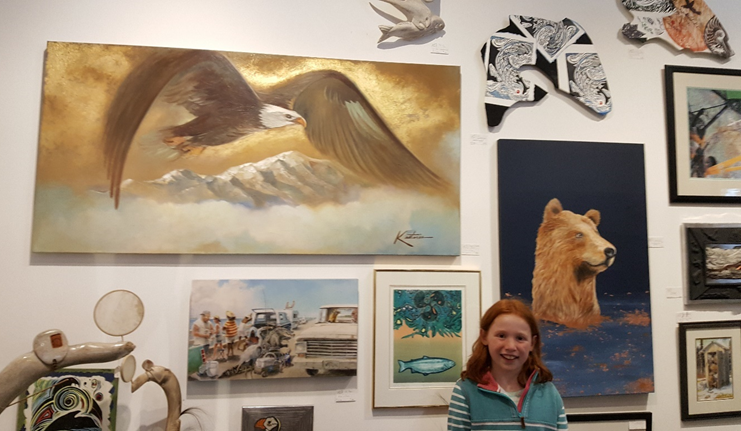 The title of this eagle picture is ‘Strength, Stealth, Vision’. I like it because the way he has faded the wings into the background makes it seem like the eagle is flapping its wings. The gold in the sky I also like because it really stands out against the eagle and creates effect of showing how and where the eagle is flying.

Another one I liked was called ‘Family Ties’. It was a picture of a mother and father polar bear with two cubs, and, even though the background is white, he managed to make the polar bears show up using shading so I think he captured the picture perfectly. 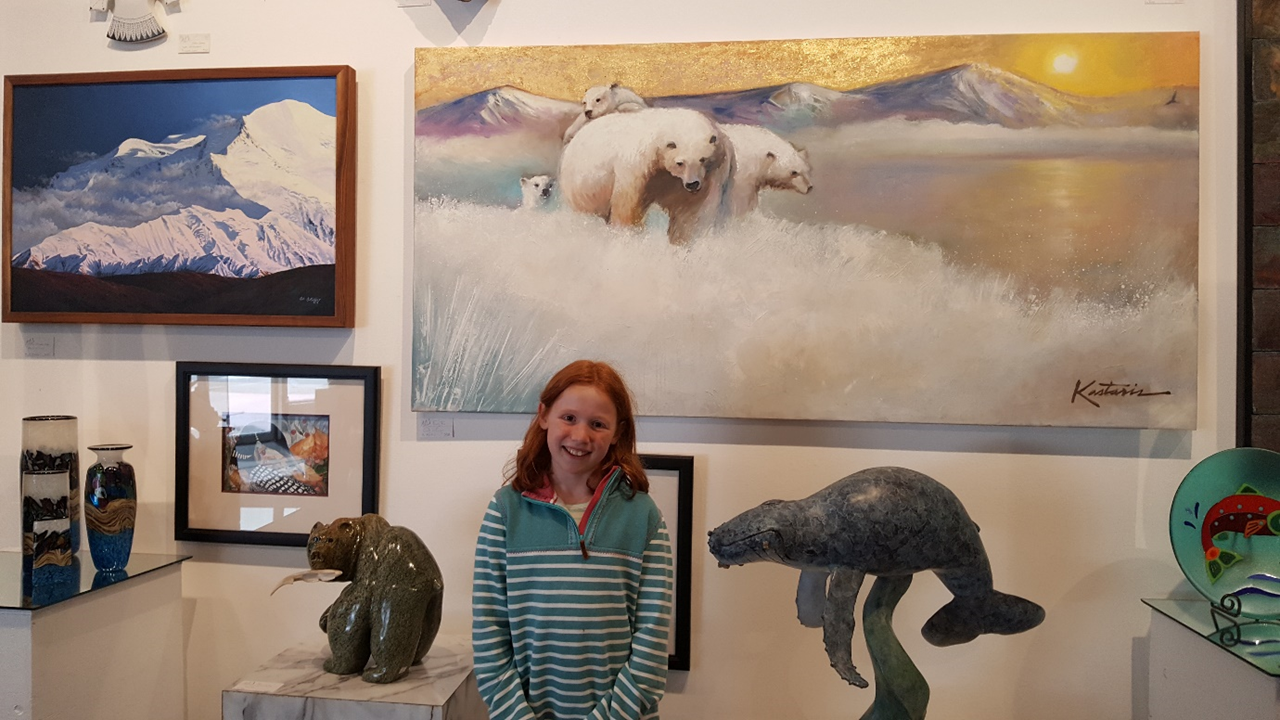 Looking back on my visit, I thought that it was exciting to be in the Aurora Art Gallery because it held lots of beautiful artworks that I would one day like to compare my artworks with.

There were so many unique and colourful works of art that I found it difficult to choose a favourite, however I managed to find a few artworks that I particularly liked.

I learned about Raku fired clay, which is the type of clay that Marilyn Miller used for her artworks, I think that it would be interesting to work with and my visit made me want to try it out. I was drawn to how she was able to use the clay so deftly with her fingers to make it look life-like.

I would definitely recommend the Aurora Gallery to others because I think that the atmosphere is very friendly and along with the artworks, it makes for a very happy, social environment.

I told other members of my family about my experiences and what I thought of the art there. I have also posted a review online.

Looking forward, I would like to continue going to visit art galleries such as The London Art Gallery so that I can see more and more famous artworks. 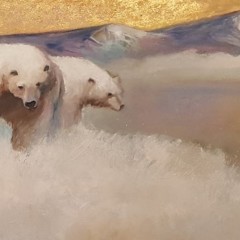 A visit to an Alaskan art gallery in downtown Anchorage. This review explores some amazing wildlife art. 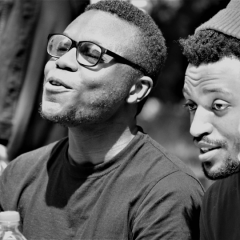