Breakin' Convention 2019 was an experience of a lifetime. It was a wonderful opportunity to watch performances from "around the world and around the corner". It exceeds its aim to bring recognition and respected for the hip hop theatre genre. 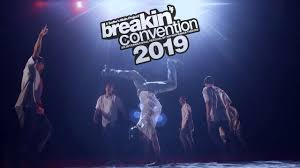 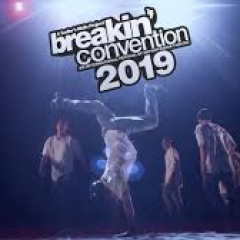 As I went to the Breakin’ Convention on May 4th, I witnessed multiple elements of the hip hop culture being displayed. Initially, I went to the Sadler’s Wells Yard to participate in graphitising. I was taught various tips: can control and the specific distance that you should keep the can from the wall. Graffiti is a fun and exhilarating way to display art, by adding your own aesthetic, funk and flare.

When entering the building, I could immediately hear he blasting music from the beat boxing performance (by Kimmy Beatbox) and the music that multiple freestylers were dancing to. Crowds of people were squeezed around a small, square box to watch the freestylers as they leaped into the square and showed of their dazzling moves. Meanwhile, on the floor above, there was a far more calming atmosphere but that did not make it any less enjoyable. Multiple people were being taught a fantastic choreography by Rowdy and Mid- Air. Every inch of the floor was covered with people dancing in sync to the beat.

Afterwards, I took a seat as an audience member, as Jonzi D (the founder and artistic director of the Breakin’ Convention entered the stage- alongside a sign language interpreter (Jacqui Beckford). He spoke about the intention of Breakin’ Convention (to bring the desired respect that hip hop theatre deserves globally). He shared how, as a child, in school, his dance style was different to that of the other students; he was told by his teacher that his style was incorrect, it was not proper. Ever since, his sole goal was to prove otherwise. Hip Hop theatre is just as important as any other dance style.

Sooner rather than later, we were introduced to a variety of performers, from around the world: Godson (a powerful team of masked dancers, who used a variety of vicious movements to represent emotional and political troubles) and Geometrie Variable (a group who used technical movements and complex hand gestures, as well as repeatedly reshaping their bodies into closely fitting shapes).

However, there were three particular performances that caught my eye. Firstly, there was Angyil McNeil- who presented her piece called, “Finding Me.” The performance began with a range of restless and anxious movements and the white spotlight was focused solely on her. She used her whole body in a graceful and technical manner- twisting her arms at different angles. Eventually, the spotlight transformed from white to red, then violet. The movements became more fierce and rapid. Her robotic and fierce moves heavily contrasted with her initial grace and, in the end, she faded into the shadows of the stage. Her performance represented a fragmented personality, the contrast between one personality and another. This links to the name of her piece, “Finding Me.”

Following the thrilling performance of Angyil McNeil was that of a young 15- year-old, from San Diego (Logistx). She performed her piece called; “Pain is Reality,” which consisted of a range of flips and spins. Flexibility, strength and ambition were clearly shown throughout the flow of movements, as well as a tremendous amount of emotion. There was a wide range of contrasting moves, as her body would tirelessly keep to the ever- changing tempo. She would present her rapid moves, only to pause in complex positions. If anything, her dance expression is truly beyond her years.

Last but certainly not least, was the performance of a South Korean group (Jinjo Crew). They presented their piece, “Rhythm of Korea” and the audience was truly in awe.  They all moved in sync and formed complex shapes with each other’s bodies. However, the unique formations were nothing compared to the flips and spins to the solo pieces. So much was happening at once and the excitement and screams from the audience only enhanced the experience. Legs and arms were flying all over the place. Many would agree that one of the most interesting parts were when they were winding in and out- only to remove their loose shirts for them to be knotted together as a tremendous, fabric, skipping rope. It was just an incredible experience.

Overall, it was a truly entertaining experience that makes you want to join in with all of the performances. There was a supportive and welcoming atmosphere, which anyone would wish to be a part of. The joy and participation that was shown was, in all honesty, one of the most wonderful moments that you could ever experience. If provided the opportunity, I would –without hesitation- go again. 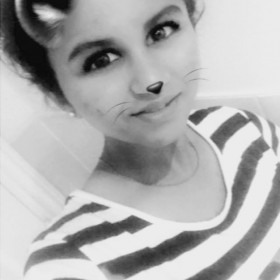 My Experince of Breakin' Convention 2019

Breakin' Convention 2019 was an experience of a lifetime. It was a wonderful opportunity to watch performances from "around the world and around the corner". It exceeds its aim to bring recognition and respected for the hip hop theatre genre.