For Natasha Hemmings her beginnings in music stem back to a childhood before all the glitz and glamour winning of beauty pageants. A long-time fan of writing lyrics and melodies, some of her earliest memories are from the music and performance groups that she was part of as a child. As she grew up her infatuation with music continued to grow with her, and it was when she joined an adult choir at the age of 12 that she was introduced to the world of classical music.

Now an adult, and having achieved both a degree in Music and the title of Miss England,
Hemmings is preparing to release her album ‘Whispers’, a collection of her favourite instrumental classical songs that she has added lyrics and additional melodies to. The album as a whole is an ode to her lifelong love affair with classical music and she has worked hard to protect the original beauty of the scores. ‘Whispers’, released 6th September alongside single and music video ‘Summer Shores’, will premiere just days before Hemmings takes to the road on a national UK tour supporting Aled Jones and Russel Watson.

Hemmings begins her season of releases on the 7th of September with the premiere of ‘Summer Shores’, a beautifully serene celebration of love. Starting with a tranquil classical guitar solo, the single’s calming vibe and relaxed ambience is quickly made clear. Hemming’s vocals are then introduced and the power and control that her voice has is a testament to her years spent at the Royal Northern College.

The track is accompanied by a dreamy video that tells a story of hazy summer days spent on the beach with the one that you love. With its seaside setting and Hemming’s mesmeric performance style, the video tells the love story that we all wish we could have. 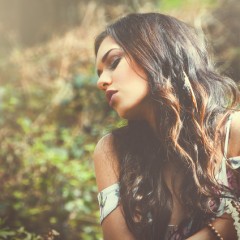