It’s a track all about putting self-love right at the top of your list of priorities, a statement we should all be getting behind, and it’s told through President Street’s trademark pop-fusion style of synths and beats with amazing vocals.

The song begins with a simple yet commanding guitar riff, it’s not long before the track is kicked into gear by Ruby’s confident vocals. She sings “I didn’t know I was looking for you until I found me” during the song’s rousing chorus which is empowerment to the max.

The upbeat number sees the band teaming up with revered producer Ash Howes, who has previously worked with pop royalty Kylie Minogue and One Direction. The track comes off the back of a very busy year for the duo, who have been visiting the UK to perform acoustic sets around the country and gathering fans along the way. Now back in Australia, the duo are spending time in the studio, writing and producing more amazing danceable tunes in advance of their upcoming season of releases. 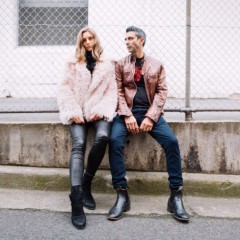 President Street release audio for Autumnal anthem 'I Found Me' 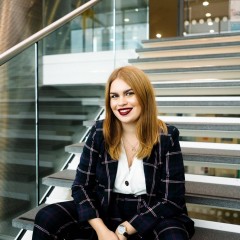 Where are they now? with Sophia Alexandra Hall