Jonatha Brooke has been in the music game for the best part of two decades. So when the singer, songwriter and musician took to the stage at The Islington, it was second nature to Brooke.

Back in the UK for a fleeting visit, Brooke put on a one-woman wonder show. With no support act necessary, she started off her set blazing through opener ‘Back In The Circus’ surrounded by cosy settings.

Not letting her middle of the road cuts slip through the cracks, next up, Brooke performed songs such as second album song ‘At The Still Point’ and Plum record track ‘West Point’. The first, ‘At The Still Point’ is given a bigger live arrangement with some electric guitars and vocal harmonies thrown into the mix. The second, ‘West Point’ puts Jonatha’s riveting vocals to the fore, backed by a banding of rhythmic drums giving the track a marching band-like quality.

Sending off her setlist with some magical vocals, closer ‘In The Gloaming’ got the biggest artist to audience reciprocation throughout the entire evening. An American folk song with its sweet pianos and striking singing, Jonatha Brooke live promises to be charismatic, quirky and absolutely alluring. 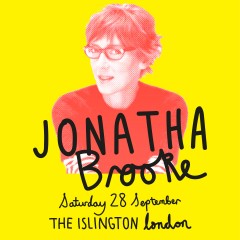 Jonatha Brooke has been in the music game for the best part of two decades. So when the singer, songwriter and musician took to the stage at The Islington, it was second nature to Brooke. 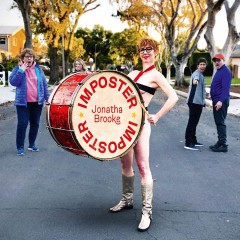