Alfie Brown jokes about his love/hate relationship with crowds.

Alfie Brown: Imagination broadly follows his love/hate relationship with crowds, but spirals out into a lot of other things.

There are two things that hit you about Alfie Brown, the first is his honesty. He jokes about everything in his life, ranging from the difficulty of looking after children to his massive amount of debt with a frankness that is refreshing. Another thing he was honest about was how he felt his set was going. Where most comedians talking about how they feel like they’re bombing comes across as whiny, his frank and dour personality meant that this actually ended up being endearing.

The other thing that hits you about Brown is how naturally and genuinely funny he is. He starts the show with great crowd work, ribbing audience members and finding the precise line between fun mockery and antagonism. Even in his ‘bomb’ and subsequent near-breakdown he was funny to the point where people genuinely couldn’t tell whether or not the whole thing was an extremely well-orchestrated and extended bit. Focusing on what’s part of the set, Brown has some very well constructed jokes, especially his bit about being a Southern Liverpool fan. Whilst it feels like he does get very loose with his theme of crowds, he’s funny enough that you forget about it and just get engrossed in him and his jokes.

It’s hard to judge a comedian from an off day, but if he was this funny when he was bombing, Alfie Brown: Imagination is not a show to be missed. 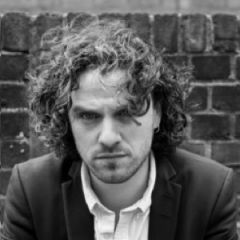 Alfie Brown jokes about his love/hate relationship with crowds.