Voice MagReviewsEd Byrne: If I'…

The absolutely beautiful Assembly Rooms was packed out to see Ed Byrne, that “slightly famous” comedian from the telly. All in attendance were highly excited to see what the Irish observational comedian had in store for his new touring show. I’m certain none were left disappointed.

Ed Byrne is taking an honest look at himself to see if he has any redeeming qualities to pass on to his children. Arguably it’s too late, as the youngest is already seven, but perhaps he can instil good personality traits. However, if he’s being honest, he doesn’t have many.

Over the course of the hour, Byrne talks us through some of his flaws, including the outright abusive way he talks to himself, his intrusive thoughts, his little personality quirks and his lack of sporting success. All of this was delivered in the charming and energetic manner you would come to expect from him. Throwback references; honest, relatable critiques and the occasional dark joke had the audience in stitches. The only absolutely minor fault I could find was that it was sometimes hard to hear him from where I was sitting, as I’m not sure the front speakers were working.

If I’m Honest is a superbly crafted hour of entertainment, and is definitely stand-up at its best. If you manage to get tickets for it in Edinburgh you are in for a treat, but if not, he is touring the show around the UK after the Fringe, and you would be remiss not to try and catch it. 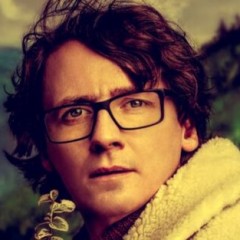