'An Italian Sex Drama’ - this is a story of entrapped women, family journeys and has promise; but failed to deliver a punch.

Suffering perhaps from a late time slot in a slightly deserted venue - no doubt driven by the wet weather, there was a lot of energy to fill in the room first off. There was some mistiming with an actor trying to make his entrance through the closed door too early, being ushered back out, and then coming again once the music had started. From a light hallway to a dark room where the door is only a couple of metres away, this is noticeable, and led to perhaps a frantic start.

There’s a few themes running as an undercurrent to the show. The stories of children looking for their father, the revelation of who might be whose parents, and the exploration of possible and missed chances of a better life. It also looks at private videos being used for blackmail, and tackles feeling trapped in an industry because of the stereotyping of a ‘past life’ affecting future opportunities and put simply - not being able to lead a ‘normal life’.

There are some twists and turns portrayed. There’s an inventive use of backlighting a screen to ‘show’ what’s being filmed in the next room, but a seemingly under-thought use of lighting elsewhere - especially later on when I think they were trying to portray some sort of scattered emotion; but made no real sense.

All in all, this is an interesting show that tackles an important topic of exploitation, with some good acting. But the direction and execution probably needs a bit more work to make it something that will fill the seats. 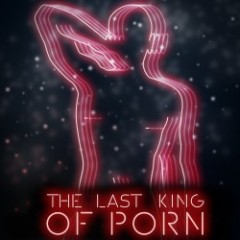 'An Italian Sex Drama’ - this is a story of entrapped women, family journeys and has promise; but failed to deliver a punch.