Whilst seeing John Pendal's, Monster, little did I know that the guy sat in front of me was Jon Long, the man responsible for the musical comedy show, Planet Killing Machine.

Jon had a little bit of a dilemma; he didn't really know what to make his show about. Disability? Not being able to raise one arm higher than shoulder level doesn't really qualify, said Jon, especially when the benefits are never having to put up a shelf, it’s really more of a blessing.

Being from Lincolnshire? Both Jon and another member of the audience both agreed that Lincolnshire didn't warrant an hour's dialogue for people to conclude that there was absolutely nothing to say about Lincolnshire.

Being a show about the environment, I had prepared myself for a night of being shamed into not being as eco-friendly as I could be, for still eating meat and for taking the bus instead of riding around London on a Boris bike.

Luckily, no such lynching took place because Jon is just as a bad. Planet Killing Machine was funny, witty and charming and, he didn't try and convert a single audience member to Veganism. Don't get him started about flexitarians though because I'm still not quite sure of his view on the subject; either he is one, or he hates them.

Anyway, there was music, there was laughter and a highly offensive example on why the English language is so confusing, especially to a village boy from Lincolnshire living in London.

Planet Killing Machine really does deserve praise. It's simple, it's relevant and it’s honest. We are all to blame for the destruction of our Earth so we may as well find some humour in it while we still can, right?

Towards the end of the show, something happened: Jon's faced filled with what I interpreted as genuine worry. A deep seated fear for the future that we might not have if we as a collective don’t change our ways, or more to the point, cut them out altogether. The look on Jon's face is the look we should all wear to remind each other that climate change is a not a sweeping threat or a ridiculous conspiracy, we are living it. It rained in June for goodness sake. As Greta Thunberg says, which Jon is a huge fan of, "our house is on fire.”

Jon is a pessimist and thinks we are way too far gone to just reuse our carrier bags, and he is right; it's way too late for that. However, how long until the phrase ‘sink or swim’ becomes a reality, keeps fluctuating. So maybe we do have a chance to turn this around. Whether we do or whether we don't, Jon's Planet Killing Machine makes you want to try.

Planet Killing Machine is playing at The Underbelly Clover, every night of the Fringe until the 26th August. Go and sing, laugh and leave wanting to do your part. 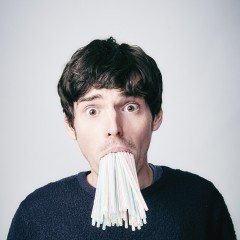 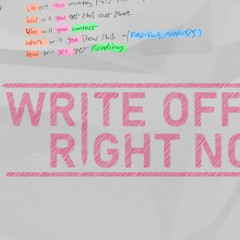