The controversial comedian brings a tight and funny set to the Fringe.

In Leo Kearse’s show, he talks about his pride in being a transgressive and right-wing comedian in an industry and society which (he believes is) against him.

Kearse talks a lot about being disliked, yet he genuinely comes across as a fun and likeable guy. Knowing how to move from rapid-fire bits to measured story-telling, he’s great at keeping an audience on their toes, especially with random and ridiculous gross anecdotes. His whole approach was about relatability, meaning that even if you didn’t necessarily agree with his ‘transgressions’, you were still engaged in his humour and personality. Occasionally he slips more into defending himself and attacking his critics than making funny jokes, but he generally manages to keep himself consistently funny.

In terms of the actual ‘transgressiveness’ of Kearse’s show, there wasn’t all that much which you wouldn’t be able to find someone else saying, even elsewhere at the Fringe. There are some times when his jokes get uncomfortable, but his comedic talent and personality usually soften the blow. At points I felt that he was far too dismissive of the experiences of certain marginalised people (especially in regards to microaggressions and ‘victim culture’) . Additionally, there are moments where it feels as if he very deliberately uses his trans ex-girlfriend as a shield from some jokes in his set which border on being transphobic. Whilst these things are frustrating, they didn’t ever completely take me out of the show because of how funny he was.

Leo Kearse: Transgressive definitely crosses some lines, but Kearse’s comedic talent and timing pulls you through and will make sure you end up finding something to laugh at. 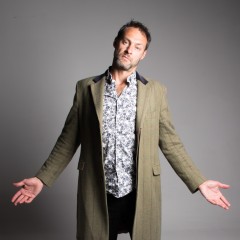 The controversial comedian brings a tight and funny set to the Fringe. 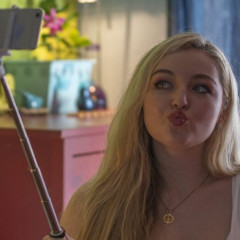