Funny, endearing and a treat for Doctor Who fans.

Get your sonic screwdrivers ready, the Doctor has arrived! If you’re a Doctor Who Fan this won’t disappoint. Complete with TARDIS and theme tune this is an hour of geekdom, little fandom Easter eggs and nerdy anecdotes. It’s fun and definitely doesn’t take itself seriously.

It’s hilarious and the audience were in fits of laughter. It’s one of those performances that it’s so bad it’s good. The actors deliberately ham it up and try to make it as cheesy as possible. It breaks the fourth wall and is improvisation at its best (or worst). It’s playful with the audience working with the actors as much as the actors are working the audience.

Suggestions from the audience meant that it was based in Ikea and set in a Norway town that the actors couldn’t pronounce to comedic and often stereotypical results. You could see the actor’s train of thought and tell that they were trying to figure out what to do next. It was sometimes clunky, clumsy and uncoordinated. Some of the acting was great and other times untimely but all of this only made it more endearing.

Sometimes the pacing was awkward and contrived. The conclusion was a jump with a rapid summary. It was extremely cheesy and yet funnily so. The crowd was on side with whooping and cheering at the end, and there was plenty of audience participation. The different actors seemed to have varying skill sets, with some standout and others buffering. That could be that the characters they ended up playing were more challenging, or maybe the cast have differing areas of expertise and ability to think on their feet.

Ultimately it was a fun show, I spent an hour laughing and had a great time. It was a treat for Doctor Who fans and general audiences alike. I’d recommend to audiences if you want to have a hilarious night out but just don’t expect something too polished! 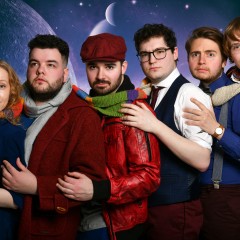 Any Suggestions Doctor? The improvised Doctor Who Parody

Funny, endearing and a treat for Doctor Who fans. 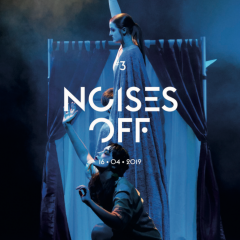