"In 1974, the detection rate for murder was over 90%, the equal pay act came into force, and women were integrated into the police. But it took just one man to change it all."

The Incident Room is thrilling, heart-wrenching and gritty, laced with Yorkshire wit. New Diorama Theatre present a fast paced production, telling the tale of the infamous police hunt for the horrifying Yorkshire Ripper. Set in 1975 Leeds, the show is tastefully done, providing authentic acting and haunting visuals to re-enact the many year long chase for the criminal.

Showing at the Pleasance Courtyard, the 90 minute thriller repeatedly displays chilling videos of police footage, creating a spine-chilling atmosphere as the severity of what actually happened hits home to the audience. Alongside these visuals, we see alternate views of the stage projected on the numerous filing cabinets that decorate the stage, enabling us to see a birds eye view of the investigations taking place before us.

Throughout the performance is lighthearted typical Yorkshire humour, which adds a nostalgic feel and is well needed to break up the gritty subject matter at hand. Acting by all of the cast is excellently executed but a special mention has to go to those who multi-role characters: Katy Brittain, Peter Clements and Tanya Vital. These actors play their roles with huge commitment and passion, and the distinction between each role is exceptionally well done. The character of Maureen Long is particularly well written and executed and can be quite harrowing to watch in some scenes due to the sensitive themes in which she presents.

The technical team do an incredible job to create mood and atmosphere throughout. From falling cabinets to intense and moody lighting changes, audiences are kept engaged and on the edge of their seats.

It is evident how much research has gone into the performance and the themes of equality that run throughout the dialogue are still so prevalent today.

A defining moment in our history brought to life on stage in a gripping, chilling and tasteful way. New Diorama Theatre are one to watch. 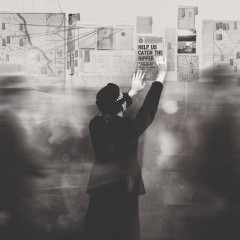 "In 1974, the detection rate for murder was over 90%, the equal pay act came into force, and women were integrated into the police. But it took just one man to change it all."