A symphony of sympathy.

I will confess to being sceptical of what the evening had in store for me, having never been to an event like this one. But, having now been and witnessed the performance, I can safely say my expectations were exceeded by its brilliance.

Dimitri Shostakovich’s stunning sympathy, Leningrad was successfully brought to life by conductor Jonathon Heywood and The Hallé Orchestra. Throughout the entire performance Jonathon Heywood conducted himself with notable discipline, switching from tiny hand movements to large expression of his upper body like it was second nature to him. The Hallé’s performance was well received and definitely lived up to their reputation. The orchestra composed themselves with the discipline and timing of a trained military squadron; in sync, organised, and delivered a ballad that was fit for the conflict this music was made under. For context, Dimitri Shostakovich wrote this symphony almost immediately after the invasion of Moscow by Hitler’s army in June 1941, despite a previously negotiated non-aggression pact.

The audience was encapsulated by the performance, as I looked around my seat I could hardly see an eye off the stage.

The music of Leningrad caught me off guard at several points during the evening, however the first piece, ‘Allegretto’, was by far my favourite. It was one of those pieces of music that transports you to the setting it was designed for, the kind that grants greater clarity to the split second imagination we all have when we try to view something in our heads. The subtle build up of the drums during it gave me chills, it was the green-light to change the tone of the story being told by the music.

Before the show began, Sir Mark Elder and Johan Simons came on and talked about the history of the evenings music. Shostakovich’s creation was not well met by Stalin and that if it were to be made public “The KGB could not guarantee his safety”, and Dimitri feared for his life every time an unexpected knock at the door came about. Listening to the music with this knowledge formed an idea in my head, how art can be threatened by those unable or unwilling to understand it.

Overall the music and cast where spectacular, it was hard for me to find any criticisms about the show. The story this music tells is one that is unique and inspiring to anyone who hears it, and I recommend it to anyone willing to listen. 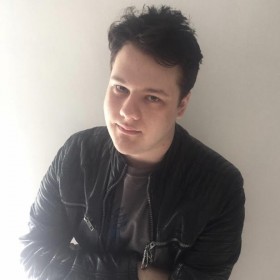 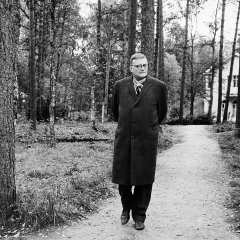 A symphony of sympathy.