Dissident Lines is a collection of visual media spanning the career of Lis Rhodes.

Dissident Lines is a collection of work spanning the career of 77 year old artist Lis Rhodes. Beginning in the 70's and continuing in present day, Rhodes presents a variety of ideas through her work. As her opinions have changed throughout life, the messages develop throughout the collection. Some pieces are politically charged, such as 'List Of Deaths' which presents the detail on 35,000 deaths of refugees and migrants in 2018. This piece is one that doesn't use any film to produce, but still has a bold effect. Using a whole wall to display, I found it the most striking of the collection. Others appear more introspective. 'Hang On A Minute- Much Madness' is a short film Rhodes produced in the 80's for Channel 4, which is about a woman who's life has been defined by housework. The one minute film opens with monochrome line drawings, and progresses into video of a woman uncovering handwritten phrases while narrating in a whisper. An example being 'I'm not mad, I'm angry'. The woman on-screen shines a light over words such as 'Emotional?' 'Depressed?'. It feels personal and self-exploratory.

Much of the work is monochrome which gives it a minimal look and allows the viewer to focus on the messages behind the art, but also gives it a slightly depressing feel. Another audio-visual piece 'Dresden Dynamo' is made without using a camera, and has sounded added by experimenting with printed patterns on the edge of film, has a creepy quality to it. The sound created by the film is a bit distorted and unusual, which combined with the flashing patterns on screen, comes across as confusing and sinister.

Overall, I personally found the collection difficult to enjoy. Each piece has it's own story and explanation which meant it took a lot of concentration to understand. It's hard to look at and appreciate instantly- 'Dresden Dynamo' is interesting when you understand the process used to make it but alone it isn't very exciting. That isn't to say that the collection isn't good, it just takes effort to experience, which means it's easy to dismiss. The general style of the work could be quite alienating for a casual viewer- some level of interest in analogue film-making is probably needed to fully appreciate it.

I wouldn't go so far as to call Dissident Lines boring, but it didn't engage me or evoke any particular emotion other than confusion and apathy. 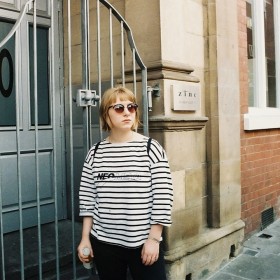 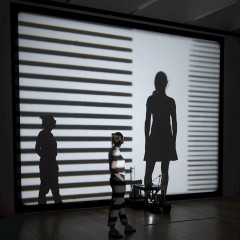 Dissident Lines is a collection of visual media spanning the career of Lis Rhodes. 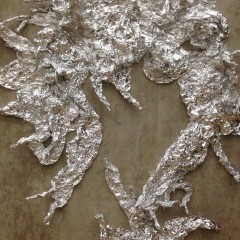