A trippy blend of light show, dance and bizarre theatre.

My suspicions were first raised when the instructions for the show included 'bring a jumper, it gets cold'. Having spent the last week in an unrelenting tropical haze, I was quite looking forward to the novelty of not sweating, so opted for the comparatively pathetic insulation of a long-sleeved shirt. The venue consisted of a cavernous old industrial warehouse, replete with rusting rivets and fallen plaster-an abandoned railway station. The scale of the place took me aback, as did the stampede of an audience, which still looked to be far too many to cram into its crumbly walls.

At this stage, I should say that due to an error in travel calculations, I would be arriving to the show carrying a rucksack, a suitcase and a dodgy-looking bag full of eggs and bread, what else would you bring for a weekend in the big city? Having confused someone into accepting my random objects, the audience was herded into their respective four winds (North, East, South and West). Each of these directions was a separate wing, facing the show from a different quadrant. As such, I can only physically review a quarter of the show, so feel free to shop around for other opinions.

We were then treated to some very pretty screensavers. Mighty great sheets were strewn across each wing, temporarily shielding us from the main performance. They were visually gorgeous, and serve as a fantastic tool for killing time whilst changing scenes (I think panto could really benefit from it!), portraying mysterious landscapes and natural features, before presenting the next scene with (as far as I could tell) a random word on-screen.

The opening scene brought us into the palace of Kubla Khan, busily barking orders at his subordinates and plotting (in a moustache-twirling kind of way) how best to get to grips with his disgustingly huge empire. In this, Marco Polo (his dead wife’s favourite foreigner) came to be useful by describing a surfeit of cities, given his esteemed qualifications as a well-travelled man. To paint the scene, Marco has at his fingertips an army of dancers, mind-bending light-shows and (my personal favourite) the ability to bring Venice to Manchester by turning the  old railway line into a canal (complete with gondola)! This particular scene (and others like it) genuinely brought some jaw-dropping moments to the performance, and are a credit to the venue.

That said, in the past, I have not been very good at hiding my feelings about dance, and I see no reason to break with tradition now. There simply comes a point where I get bored looking at people leaping about and wobbling their arms in the air. The story line, though a little less than tenuous, was I thought less important than what seemed to be the show’s real purpose, to showcase cities, in all their diversity, and the quirky rules that somehow seem to bind them. All in all, I thought the show was visually impressive, but lacked a bit more substance to hold my interest. I’d be very interested to see how anyone else might make use of the space. 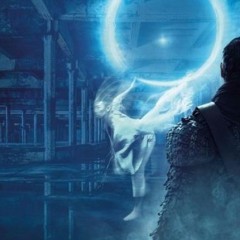 A trippy blend of light show, dance and bizarre theatre. 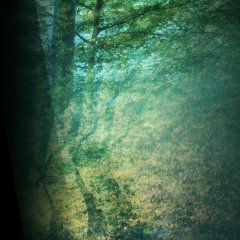