A modern twist on an old art form leads to an funny, entertaining performance.

The sound of a modern version of a classic comical opera would probably leave the average person in shock. It does seem like an odd combination - a ‘classical’ art form with a modern take and also funny? It's going to be a bit strange, you might say. Well, I thought the same before seeing ‘Don Pasquale’ at Theatre Severn.

The show was hilarious and silly: it was set in the modern day by a doner kebab shop, which is an interesting setting in itself. The acting and comical references to ‘Gavin and Stacey’ and ‘50 Shades of Grey’ had the audience in tears of laughter. The premise of changing a kebab shop, ‘Doner Pasquale’,  into a fashionable vegan shop was funny, without the added vegan jokes in the show. The show didn’t take anything too seriously which made it light-hearted and enjoyable. This stopped it from having more gloomy political themes like some other modern adaptations.

The plot of the show was based on the well-known opera ‘Don Pasquale’. Having no knowledge of opera before this, I was unfamiliar with the plot but I still managed to keep up. The show was structured like musical theatre and had short scenes with singing in them. The singing was slightly hard to understand at some points but it was always clear what was going on because of the acting and spoken scenes.

Another aspect I really liked was the participation of the musicians in the telling of the story. They were sat on the side of the stage in full view. Sometimes they were involved in the story and other times they were reacting to what was happening on stage. This added to the comedic side of the show. I also liked how the characters often broke the fourth wall and talked to the audience because it made the show funnier and more relatable. The characters could admit funny things or sing to the audience.

The show ended with a lovely moral - believe in ‘unity, diversity and ‘change’ and that change can be hard but ultimately good. This opera was a gentle introduction a type of performance I have never seen before. The world of opera seemed quite daunting and exclusive but after watching 'Don Pasquale', I would encourage you to go out and watch an opera. You might be quite surprised at what you find! 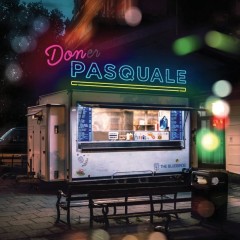 A modern twist on an old art form leads to an funny, entertaining performance. 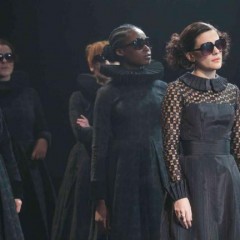 A review of the Nation Theatre's 'Twelfth Night'