‘Rent’ is a rock musical exploring the lives of a group of struggling young New Yorkers over a year in the 1990s, written by Jonathan Larson and loosely based on Giacomo Puccini's opera ‘La Bohème’. The setting switches between the street, the clubs and the heating-less flat of two of the principle characters, Roger and Mark, for which they simply don’t have enough money to pay the rent. They, along with their group of friends, all have their “baggage” – some of them are coping with recent deaths, others are living under the shadow of being HIV positive or having AIDS and in a situation they can’t reach and medical help, and the entire group of friends are all struggling with unemployment and homelessness; living like bohemians, trying to survive the year, and eventually, after saddening events, they finally learn to live for the moment and seize each day they are given, which is the main message of the musical.

Despite this production being an amateur production with a mostly youth cast, I did go in with high expectations. Director Paul Kerryson took on a challenge with such gritty subject material, but I thought that he met nearly all the themes head on with passion and strength which was successful as it meant that the messages and ideas about diversity, regret, love, death, seizing the day, looking out for one another, fighting for your dreams and facing up to your fears, were nearly all conveyed with power.

One of the ways this was achieved was through the effective creation of setting, mood and atmosphere. The set consisted of a set of steps going up stage right onto a balcony level and 3 multi-purpose tables all looking to be made out of scaffolding and metal bars with an entrance under the balcony through the centre and the live band visible behind the steps. The metal gave the feeling of the cold, harsh reality and the grubby rundown places their poverty had led them to. It also created a fairly neutral backing that could be anywhere in New York, which was then specified through the lighting and projection that threw an image of a street or night club sign onto a backdrop. I thought this method of scene change was slick, professional and effective.

Lighting was also used effectively used in creating setting, mood and atmosphere. Flashing blue and red lights concentrated in centre stage created the claustrophobic nightclub party feeling and the use of purple gels (coloured sheets in the lights) and window gobos (the stencil shape put in the light so there that shape is cast through shadow) created a lonely and solemn atmosphere when Roger was sat in the coldness of the evening light in his flat.

Individually, most of the singing and acting was strong, and as a group the finale number to both acts were powerful. Luke Clayton’s portrayal of Roger was also strong but sensitive, showing how living with HIV was holding him back and his singing was outstanding. I also thought the individual characterisation of nearly all other characters, particularly Lucas Bailey’s Mark and Keisha Golden’s Joanne, was fantastic. However, I barely saw or felt any of the connection between the characters. Roger and Mark were meant to be almost brothers in their close friendship in order to create tension when their relationship was threatened, but instead they seemed to be merely flatmates. Also, none of the deep, undying love between any of the couples was visible. This was a shame because of the potential for such strong bonds to be created between characters meaning that, when they were broken, the audience could have empathised with the sorrow and hopelessness of the characters when they had no one to love. Unfortunately, this wasn’t the case for the majority of the show.

Nevertheless, on stage were stood a group of very talented young people and I thoroughly enjoyed watching them tell such a powerful story. 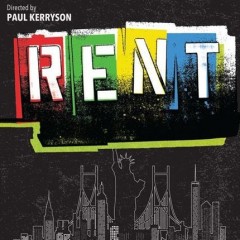