When twenty-something Bili (Kemi Durosinmi) introduces her new American boyfriend, an earnest tech bro called Brian (Tyler Fayose), to her two Nigerian-British sisters, she expects to put him through his paces. Little does she know that her larger-than-life mother, Wura (Ellen Thomas), a compulsive hoarder, is just around the corner with the Bakare family's baggage in tow.

Sparsely set in a pristine London flat, everything revolves around the dinner table, with food and drink taking centre stage. Scenes are served with a variety of west African foods and Yorkshire Tea, mixing split allegiances of nationhood, religion as well as the everyday ingredients of family life. Fayose flounders brilliantly as Brian, whose distant relatives are from Mali, but who struggles to tell his efo from his egusi, and admires instead the wonders of British cuisine (“Skips! I love Skips”).

Middle-sibling Ami – marvellously read by Emmanuella Cole’s last-minute stand-in, Estella Daniels – reckons her cooking is good enough to make her the next Nigella Lawson: “Only, you know, not rich. And well, black… Nigeria Lawson. Imagine?” Like much of the play, the jokes come easily and feel well lived in, often pinching together strands of dual identity and culture.

Wisely, Elufowoju keeps the actors on their feet, making the most of Adewunmi’s familiar, if sometimes clunky, close-quarters script. (I lost count of the times characters were asked to leave the room to allow the scene to develop). That said, the table talk moves apace and doesn’t seem to overstay its welcome – unlike a certain unexpected guest… 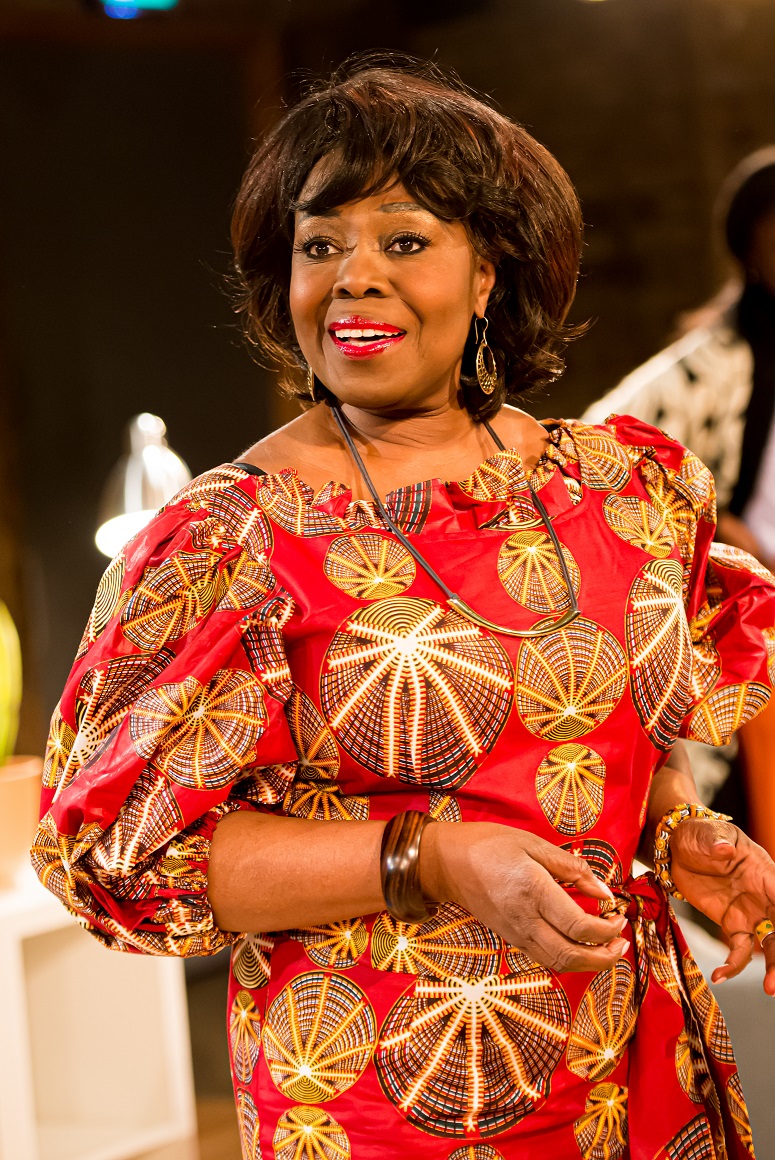 A burst of energy... Ellen Thomas as Wura Bakare in HoardEnter Ellen Thomas as the fabulously formidable Mrs Bakare: backlit, in traditional west African dress, hair coiffured, strutting across the stage with bags and trolley in tow. Thomas owns the room and is an absolute joy to watch. It’s a great introduction and a much-needed burst of energy.

The premise of Wura’s off-stage hoard as an invisible metaphor for the ‘stuff’ that comes between us and those we love is a compelling one. Unfortunately, the play doesn’t quite tie together the on-going mother/boyfriend tensions, which unfold as two separate chunks.

What began as a dinner party ends with an intervention. The play flattens our initial intrigue and sweeps under the carpet some of the mess we’d come to admire. Ultimately, the main take-away is that we should love our family in spite of their flaws – and perhaps Hoard deserves this too.

Adewunmi has written, as she puts it, a love letter to Nigerian-British families of east London. Hoard is gently funny, personable and works best as a miniature sit-com. Don’t let the rest of the 'stuff' put you off.

Hoard is at Arcola Theatre until 8th June. For tickets and more info please visit arcolatheatre.com 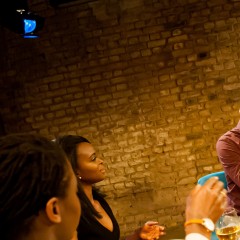