Billie Eilish is a 17 year old pop singer/songwriter who started writing her songs at the age of 13 and by the age of 15 had one of her songs no.1 in the charts ‘ocean eyes’

Every one of Billies songs have come from the bottom of her heart, from her past of being bullied and getting hurt by her life experiences.
Billie says that she feels the only way she can express her emotions, is by writing them out into songs. Billie is now on her second album by just the age of 17!

On the 6th if March I travelled down to the Shepherd’s Bush empire, in central London to see Billie Eilish in concert.
It was safe to say, that it was the best night of my life! My friend Madie and I arrived In the queue at 5:30pm, but the doors didn’t open until 7pm. So we was waiting outside in freezing weather, but it was the best feeling because everyone was so excited, it has the most amazing atmosphere. We even met a couple of new friends! Nearly two hours went by until the doors finally opened.. we rushed to the merchandise and bought some T-shirt’s with Billie on! Billie didn’t come out until 9pm, so there was a few supporting acts..

The first was Billies brother Finneas, who actually helped Billie write a lot of her songs. His voice was absolutely astonishing! Everyone in the crowd was screaming! After, was a group called ‘Earth Gang’ which personally I found quite funny, since they was wearing a goat and a dog costume! Their music isn’t really my thing ‘rap’ but has a very fun energy to them.. then at last Billie came out!! I was crying throughout the whole concert and a lot of people was even fainting :o

The background was incredible it had a huge glowing metal spider behind Billie, it changed to a different colour on every song, Next to it was a DJ. Billie does have a lot of slower, deeper songs but she does also have a lot of pop/rock, where she had the whole crowd on the floor, as soon as the beat hit she made everyone jump up and down, everyone down by the stage area was standing, we had seats and the top.

A lot of people had actually got trodden on and injured, but nothing too serious, which was lucky. Billie was wearing a very large black t-shirt, with extra large black shorts that came down to her knees. She was wearing black air max’s which are a very popular brand, Nike trainers.
When the popular song ‘party favour’ started playing Billie got a ukelele and played it during the song, that song was probably one of my favourites.

The lighting was crazy, Every song had a different colour, if it was an upbeat song then the lights on the ceiling and the lights on the spider we’re changing colours. Even the staff were absolutely lovely, very polite and talkative. She really does connect with her fans, at one point she stopped singing and said to the audience “for the next song I would like everyone to put their phones away an focus on me, like it’s just me and you in the room, it’s me, you, and the music”

Her performance touched my heart as her lyrics are from written from her and her brothers heart, which shows in her songs.
Honestly rating the night would be a complete 5 star evening. 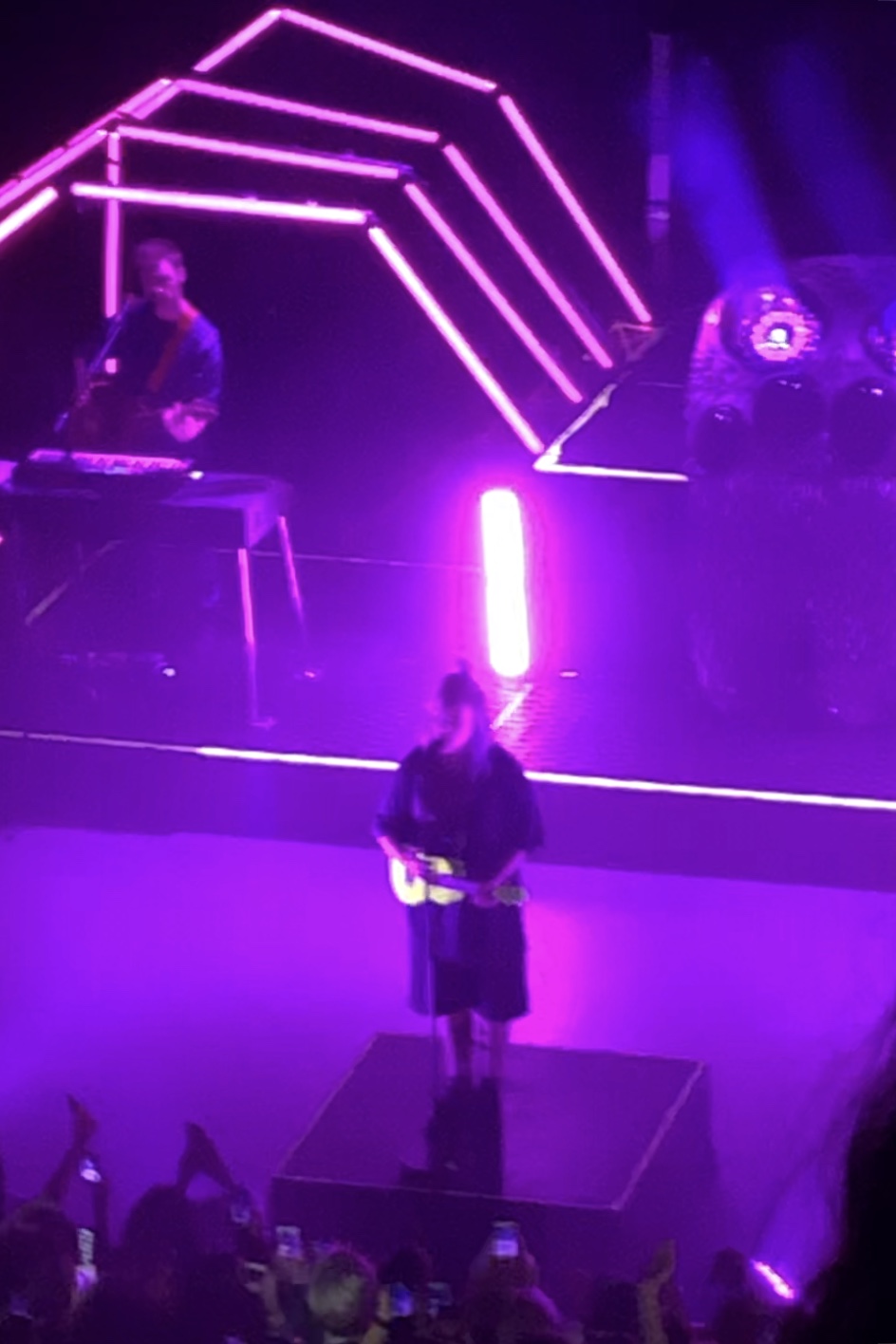 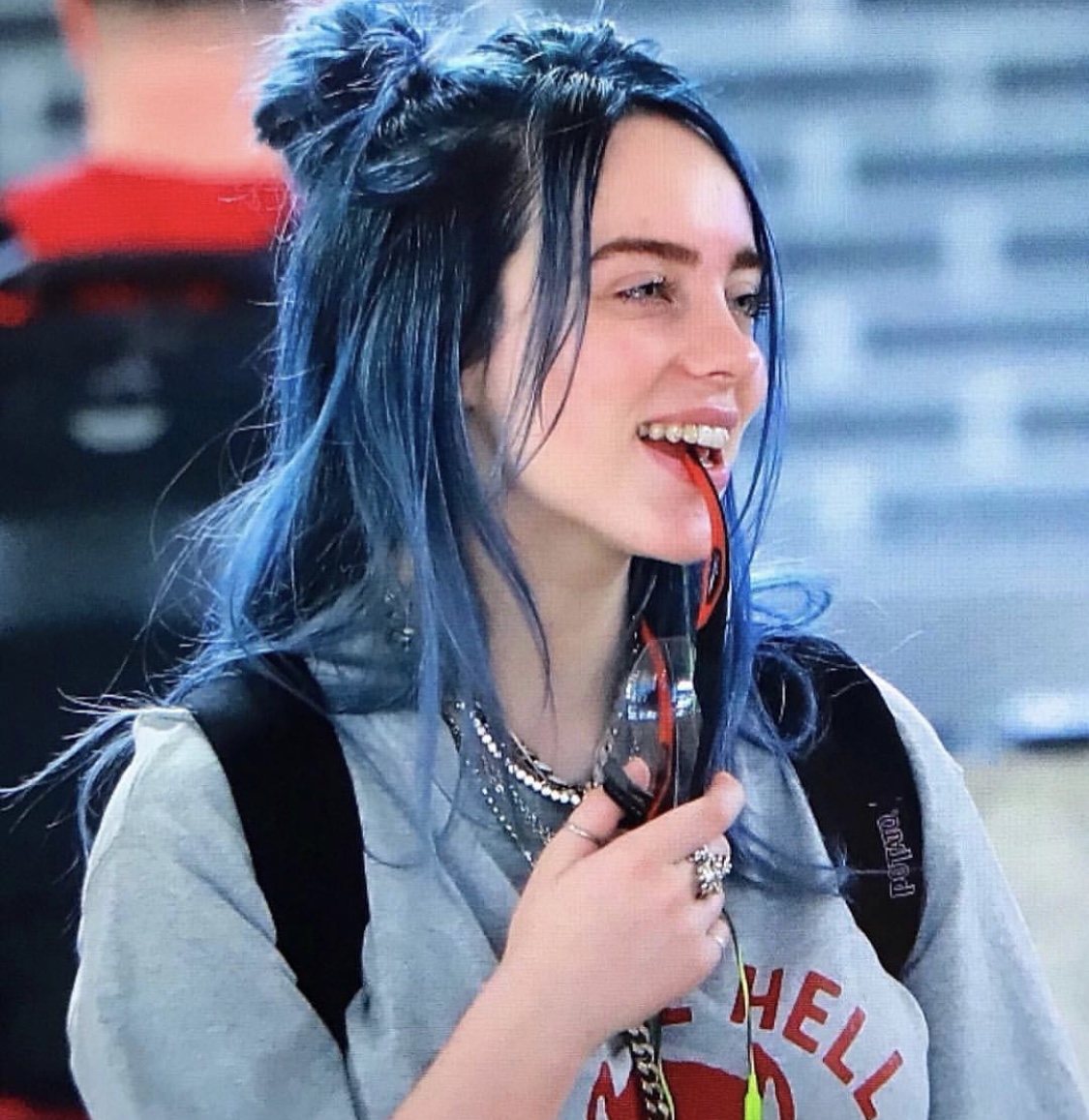 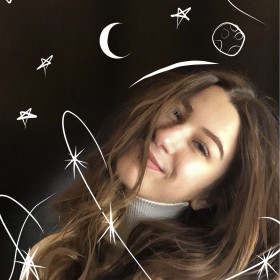 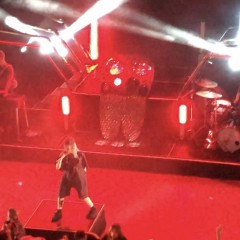 Billie Eilish is a 17 year old pop singer/songwriter who started writing her songs at the age of 13 and by the age of 15 had one of her songs no.1 in the charts ‘ocean eyes’