Voice MagReviewsAll My Sons - the fa…

“There are certain men in the world who rather see everybody hung before they'll take blame.”

The Kellers are the perfect American family. They live ordinary lives and are liked by everybody. Except for the fact that they’re not - they harbour a secret that everyone but them seems to know. When Annie, a figure from their past, is invited back, old disputes emerge and harsh truths begin to outweigh stagnant lies. It is a story of family, fortune, and the American Dream. This post-war tale of capitalist greed has remained almost depressingly relevant, from the treatment of women (Annie is consistently referred to as “Larry’s girl”), to the dubius war-profiteering (go look up the Iraq war, go on).

I should perhaps begin by saying I did not see this production at the Old Vic theatre where it was performed, but instead at a live screening at my local cinema. This wasn’t my first time experiencing theatre this way, but was the only time I’ve seen it subtitled. While it is certainly a good thing that theatre is being made more accessible, for those that don’t require them, I would recommend finding a non-captioned screening, as myself and my parents found it difficult to draw our attention away from the words and back to the stage.

Designer, Max Jones, took a traditional approach to the staging, aside from a couple of small, modern twists, such the use of projected film at the beginning to really hammer home that yes, this 1947 play is relevant today. While I found this effective, it was only used at the very beginning, and I would have found it satisfying if something similar had been done at the end to round it off. Another interesting addition was the automation of the house, which swiftly moved backwards at the end, creating a dramatic change in perspective, opening up the stage into a dark abysse, and serving as a reminder of the universal relevance of the themes of the story - or maybe it just looked cool.

Acting-wise, there is very little to say; the whole cast was fantastic. Bill Pullman and Sally field (Joe and Kate Keller) were remarkable, as was Colin Morgan, playing Chris, the conflicted elder son - the last scene was particularly exceptional. The one criticism I might note would be that Jenna Coleman (known for roles in Victoria and Doctor Who, here playing Annie) had a weaker accent that the rest, letting down what was an otherwise solid performance.

Maybe you’ll think that this play sounds a bit bleak, a bit demoralizing. And though its continued relevance is frustrating, we can only do something about that if we acknowledge it - and what better way to do so than to see this play? Go see All My Sons. You will not be disappointed.

All My Sons - the fallible American Dream

“There are certain men in the world who rather see everybody hung before they'll take blame.” 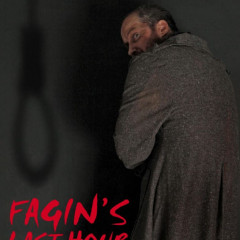