A demonstration on how to correctly bring childhood icons to life

I really thought I was growing out of Pokemon. When I was young I had a Gameboy colour, and played the hell out of Pokemon Blue and Gold. I also had Pokemon Yellow, but never really liked it - predominantly because I found Pikachu obnoxious. I saw the early films, and collected all the cards, and apparently developed a small piece of brain specifically dedicated to Pokemon. But then I stopped caring.

Pokemon Go somewhat brought me back, but it quickly became something I opened just because I was bored rather than actively enjoying, so I assumed that maybe I was done with the franchise.

Tim Goodman (Justice Smith) doesn’t like Pokemon, but after the disappearance of Harry Goodman, his ace detective father, he is forced to go to Ryme City to find out what happened. There, he finds his father's former partner - a coffee addicted, smartalec Pikachu. They’re forced to work together to find out what happened to Harry and uncover the sinister plot that lingers over the city. As far as plots go, this is fairly routine, and is unlikely to be winning any awards for its script. However, I feel as though the film knew what it was and what it wanted to be, and did brilliantly in executing its goal. This is a film ostensibly for Pokemon fans, both old and new, and is unapologetic in its silliness.

It doesn’t take any time to introduce you to what a Pokemon is, or how the world works, instead assuming you will know it all already, and I think that was the right call. Pokemon have become such a cultural establishment that people can identify Pikachu even if they never played the game or collected the cards. The character is iconic - similar to Mario - and cutting out all the expositional guff for the first live-action film was definitely smart.

Justice Smith delivered a strong performance as the reluctant Pokemon partner. Considering he spent most of the time acting against CGI monsters (so probably a man in a green suit, or a tennis ball) he did exceptionally well. Ryan Reynolds was also great as Detective Pikachu, although I still feel like he was an odd casting choice. Coming off the back of Deadpool, that is really all you can hear, and certainly was all the teens behind me were excited about. Nonetheless, he manages to make the emotional scenes work through voice acting alone. The film is less complimentary of Kathryn Newton, however. I can’t tell if it was the script or the delivery but her character felt slightly wooden and overdramatic. I am pleased though that at the very least she didn’t fall victim to the standard Hollywood love interest trope.

I think it was quite telling who the film was meant to be for, considering the audience in attendance. There were some childless adults scattered throughout, but on the whole, it was largely full of children under the age of 13. I did feel sorry for one Dad, who was definitely more invested in the film than the child, but had to leave early because the child found it too scary.

For die-hard Pokemon fans, this film will provide a lot. I grew up with Pokemon in the 90s, and I did get a flutter of joy seeing these characters brought to life on screen. Because of my age I’m usually only inclined to acknowledge the original 151, maybe with the inclusion of Gold & Silver, which takes it up to 251. However, the total number of Pokemon in existence now extends beyond 800. Yet, I feel like we maybe saw 40, perhaps 50 Pokemon in total? It did feel a bit cheap to see so many different characters with the same Pokemon, although I understand it from a rendering perspective.

The ones they did select though looked phenomenal, and unlike what’s happened to certain hedgehog, it was clear that the director (Rob Letterman) had really taken the time and care to get the Pokemon right. Pikachu in particular looked exceptional, with fur that looked realistic - but welcomingly so. Psyduck was also a real joy to behold, and was far funnier than he had any right being.

I think my partner summarised it best as a film that was entertaining if not necessarily great. The plot was fairly simplistic, and character motivations somewhat contrived, but you don’t really care about any of it because it’s a Pokemon film. It’s fun, it’s well realised, and I am definitely on board for whatever live-action content they produce next. 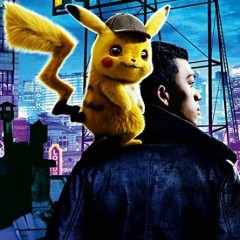 A demonstration on how to correctly bring childhood icons to life