A spoiler-free review of Avengers: Endgame

So this is it. Endgame. The last time we might see Iron man and Captain America on our screens. For Marvel fans, this is base-level knowledge and a huge ordeal, but for those unfamiliar with the franchise, let me clue you in.

Avengers: Endgame is last instalment in the Avengers series, picking up from the devastation left after its predecessor, Infinity War (the title alone is an insight into the magnitude of these movies), which - spoiler - left half the population of the universe dead. It’s a biggy.

There is almost nothing I can say that won’t give anything away, and due to the nature of the film, this review is perhaps best left somewhat vague. Following the premier I entered a self-imposed exile online, cautiously opening phone notifications for fear of stumbling across spoilers, then hurrying to the cinema to find out for myself - so I can fully sympathize with those who might avoid this review entirely.

Visually, I found Endgame to be pleasing, small nods to earlier films dotted throughout allowing small nostalgic moments, without overshadowing the current action. There, were, as expected, some spectacular fight scenes that left the jam-packed cinema gasping, as well as Marvel’s trademark humour to break up the almost literal edge-of-your-seat moments.

When it came to plot, while I found the completion of the main story arc mostly satisfying, I did have some misgivings regarding one particular character, agreed upon in a long phone conversation to my go-to comic nerd partner, my brother.

Another topic that came up in our conversation was the diversity of the film. In one scene it is made clear that a minor, unnamed character is gay, which, though does show advancements in attitudes around sexuality and normalises gay characters on screen, still feels fairly tokenistic and non-committal - it could be easily dubbed or cut in areas less accepting of LGBTQ+. I am reminded somewhat of the 2017 remake of Beauty and the Beast, in which villain Gaston’s sidekick LeFou has an over-hyped blink-and-you-miss-it ‘gay’ moment.

Thor: Ragnarok’s Valkyrie is also believed to be bisexual, and Tessa Thompson (who plays her) has confirmed that she has hopes to reveal this information more explicitly in later films, so Marvel does have a promising future in diversifying their films, and knocking their attempts to do so currently seems counter-productive.

For the most part, Avengers: Endgame makes for a pretty sensational film. Just make sure to bring tissues and go to the toilet beforehand - it’s a long one and you really don’t want to miss anything. 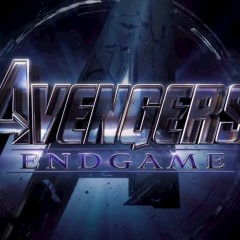 The end of an era for Marvel

A spoiler-free review of Avengers: Endgame