The end is here, Marvel Studios’ first superhero saga goes out on a high.

After the events of Avengers: Infinity War, half of all life in the universe has been eradicated and Thanos has disappeared. Those that remain must deal with the loss of those closest to them, and see if there’s a way to return the world to how it once was.

From the jump, Avengers:Endgame is very character focused, with a whole slew of character developments, costume changes and cool new haircuts, in response to the changed world after ‘the snap’. What makes the characters work especially well in Endgame is that, unlike many other Marvel Studios films, it reserves space for the quiet moments, allowing the sorrow and loss to breathe and cement the emotional burden of the events on these characters, each having their own unique responses. On the whole, they way the film treats PTSD and trauma is hit and miss though, often being vague and oblique in description, and occasionally reducing the results of these traumas to a joke. However, the moments that work allow for the cast to flex their acting chops in a way which is often lost in the quips and quick action, with Robert Downey Jr. in particular performing an incredibly subtle, nuanced and emotionally evocative Tony Stark and Mark Ruffalo giving a genuinely funny performance in this new status quo for him. Even the Avengers’ perennially boringly written and performed characters of Black Widow (Scarlett Johansson) and Hawkeye (Jeremy Renner) become somewhat more interesting in this film - though they’re still not particularly engaging.

In spite of the tragedy that Endgame is mired in, the signature Marvel Studios humour still exists in this film, but is made much more nuanced than it typically is. Instead of breaking with the tone, these jokes broadly exist as coping mechanisms and pressure relievers, which usually feel in keeping with the characters and still often carry the tragic undertone present throughout the film. There is however, one particular area where Endgame’s humour completely and utterly fails in is the running gag about a character’s weight gain. Every one of the many times this joke came, it completely pulled me out of the film with how unfunny, unnecessary, callous and outdated that entire gag felt. For people who are bigger bodied and/or overweight to be treated like something to be mocked is completely gross, especially from the writers of such a giant film who should know better. What makes this mockery even worse is the way in which the weight gain being mocked is intimately associated with this character’s (implied) PTSD or trauma associated disorder. With such a wide audience, these writers (Christopher Markus and Stephen McFeely) can and should do better than lazy jokes which denigrate real people just existing.

Avengers: Endgame’s third act lives and dies by its spectacle, where your amazement at what’s happening on screen paves over the cracks in the writing or logic of the film and you’re completely engaged. Everything is big, climactic and visually stunning, with so many specific cool moments that double up as fan service, and a lot of incredible fun is lifted from the comics. In fact, much of this film feels like a massive comic book crossover come to life in all the best ways. The feelings evoked in you by this sweeping and glorious spectacle and the fantastic score are inescapable and will have you whooping and clapping along.

Avengers: Endgame is an extremely satisfying end to a ten-year experimental project which has drastically changed how we see and talk about cinema, whilst also setting the groundwork for an even more interesting new status quo for the MCU. 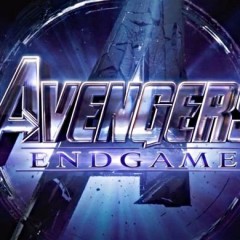 The end is here, Marvel Studios’ first superhero saga goes out on a high.